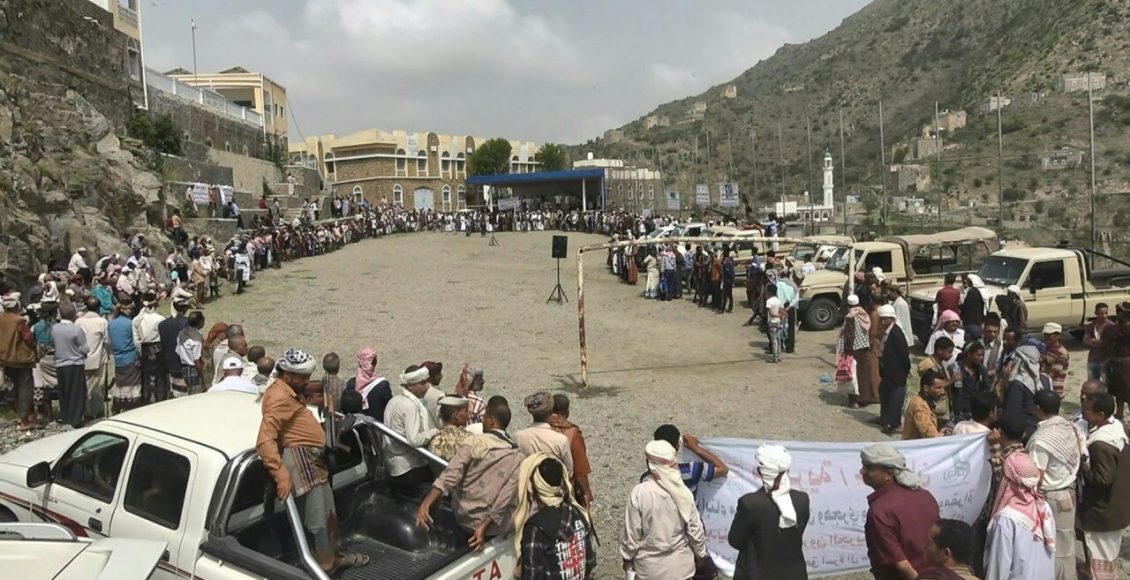 Quoted from Saba News Agency that the tribes of Yemen denounce the continued aggression of the Saudi-led coalition in committing daily basis crimes on the Yemeni people.

The tribes condemned the attempt of the coalition to prevent the implementation of the outputs of the consultations of Sweden as well as a military escalation on all fronts.

as well as, Yemen’s tribes strongly condemned the arbitrary actions and the ongoing siege imposed by the Saudi-led aggression coalition against the food, oil derivatives ships.

The tribes, in a statement, denounced the shameful silence by the United Nations and the International community towards arbitrary acts and heinous crimes committed by the aggression coalition against the Yemeni people, in a flagrant violation of the United Nations Charter and international humanitarian law.

The statement affirmed that the UN silence encouraged the coalition states to continue to commit more crimes against citizens and destroy the infrastructure of Yemen in light of the outbreak of the Corona pandemic and continued detention of oil derivative ships, food, and medicine.

Yemen’s tribes have warned those who seek to destabilize security and internal peace or seek to recruit young people with the enemy.

The Yemeni dignitaries also stressed the continued support of the Army and Popular Committees and appreciation of their sacrifices in the face of aggression and to defend the homeland.

The tribes declared categorical rejection of the calls of aggression and their destructive plans calling for sedition, fighting, cutting off roads, subversive activities, and provoking racial, regional, and sectarian strife, stressing the Yemeni tribes stand united in the face of aggression and thwarting its schemes.

Yemen’s tribes also stressed the unity of the Republic of Yemen and rejected the projects of fragmentation under any names.

The tribes denounced the shameful international silence towards the crimes against the innocent civilians on neighborhoods, homes, and farms without respect for protected civilian objects.

The Yemeni Tribes called for more steadfastness and cohesion to continue to support battlefields to thwart the plans of aggression and its mercenaries and drop the aggression’s projects that threaten the social fabric.

Expanded consultative meeting held in Taiz, for reconciliation, tolerance, and mobilization to battlefronts