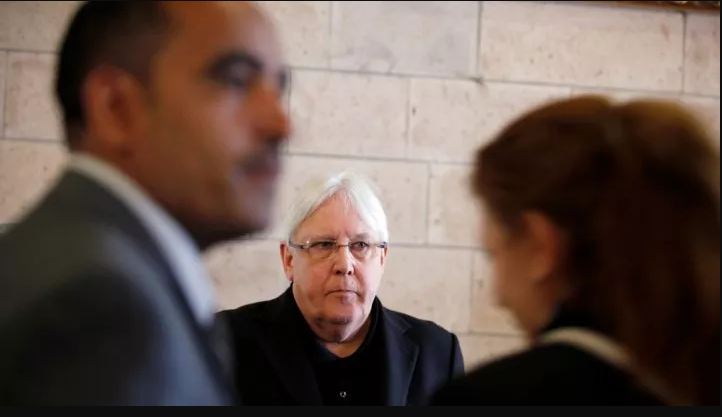 Sana’a Is Angry at Griffiths Failure

After more than two years of the “failure to achieve any achievement” in the humanitarian issue, the UN envoy, Martin Griffiths, ignores the presence of the aggression and siege against Yemen.

Contrary to the what the UN envoy think of being near to reach a comprehensive agreement to end the war in Yemen, the chances of reaching peace are diminishing day by day, as the economic and humanitarian conditions continue to deteriorate.

It is the envoy primarily failure who has been working for the past two and a half years, he divided the crisis into political, economic and humanitarian issues, using the last one to put pressure on Ansarullah to waive in the other issues.

Even the small gains in the signed “Stockholm Agreement” were not preserved, as Griffiths provided a kind of cover for the countries of the aggression to blockade millions of Yemenis. He considered the seizure of oil tankers, food and medicine ships as an “internal affair”, giving up the responsibility of the United Nations to pressure on the “coalition” to release the ships.

Since the agreement was signed, the number of detained ships exceeded 130 ships, while Griffiths did not react to this maritime piracy. During the past days, he said that the fuel crisis in Sana’a is due to spending half a salary for the employees by the government of Salvation.

In response, acting «Supreme Economic Committee» Hashem Ismail accused Griffiths formally of “a coup against the Stockholm agreement, and gave the aggression coalition an international green light to continue the siege.”

The Head of the national delegation, Mohamed Abdulsalam, confirmed Saturday that the United Nations envoy to Yemen Martin Griffith has become one of the aggression’s forces against Yemen, prolonging the absurd war and covers the effects of the unjust siege.

Abdulsalam said on Twitter:” From his recent talk, it becomes clear that the UN envoy has been converted from his mission and has become fully involved with the forces of aggression against Yemen, fully adopting their thesis.

63 violations of Hodeidah ceasefire by the aggression forces