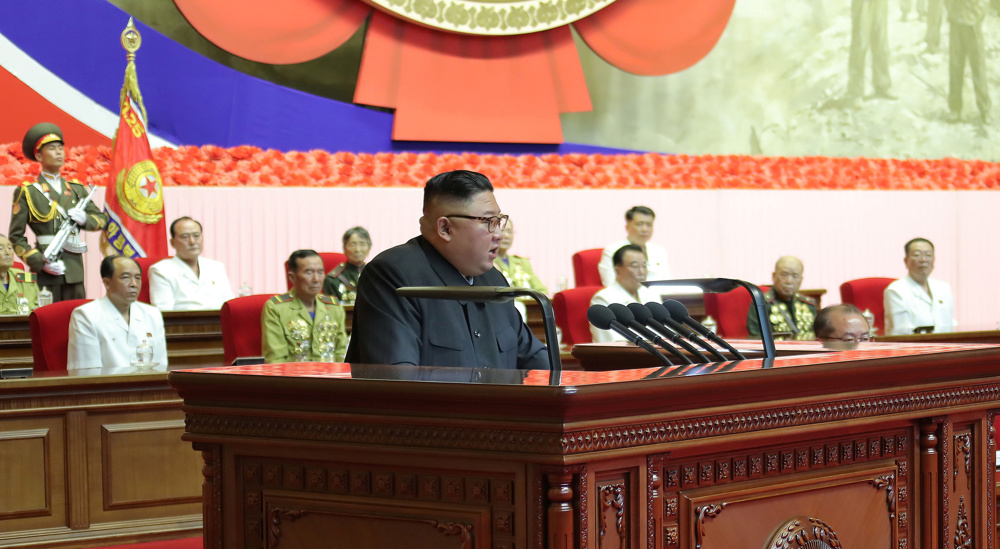 North Korea’s leader Kim Jong-un says the country now has “absolute might” thanks to its nuclear weapons, which he says guarantee the country’s security in the face of threats of war.

“Now, we’ve changed to a country which can defend itself reliably and unwaveringly against high-intensity pressures and military threats and blackmailing by imperialistic reactionaries and hostile forces,” Kim said on Monday.

He made the remark during a ceremony to mark the 67th anniversary of the end of the 1950-53 Korean War.

“There won’t be any war on this land again and our national security and future will be guaranteed firmly and permanently because of our reliable, effective self-defensive nuclear deterrent,” Kim said.

The remarks by the North Korean leader come amid stalled talks between Pyongyang and Washington that aimed to dismantle the North’s nuclear and missile programs in return for sanctions relief from the United States.

The US has imposed rounds of unilateral sanctions against the North over its nuclear and missile programs since 2006.

Kim and US President Donald Trump have met three times, but diplomacy has gradually halted owing to Washington’s refusal to relieve any of the harsh sanctions in exchange for goodwill measures by Pyongyang.

Last month, North Korea said that the US had left Pyongyang with no choice but to counter its nuclear threats with nuclear weapons. Pyongyang said the country had “made all possible efforts either through dialog or in resort to international law, but all ended in vain.”

Over the last years, North Korea has developed and tested a number of nuclear weapons and ballistic missiles that are believed to be capable of reaching the US mainland.

Pentagon: US Troops From Germany to Be Re-positioned Closer to Russia’s Borders

The Shura Council condemns the Saudi regime’s prevention of Hajj