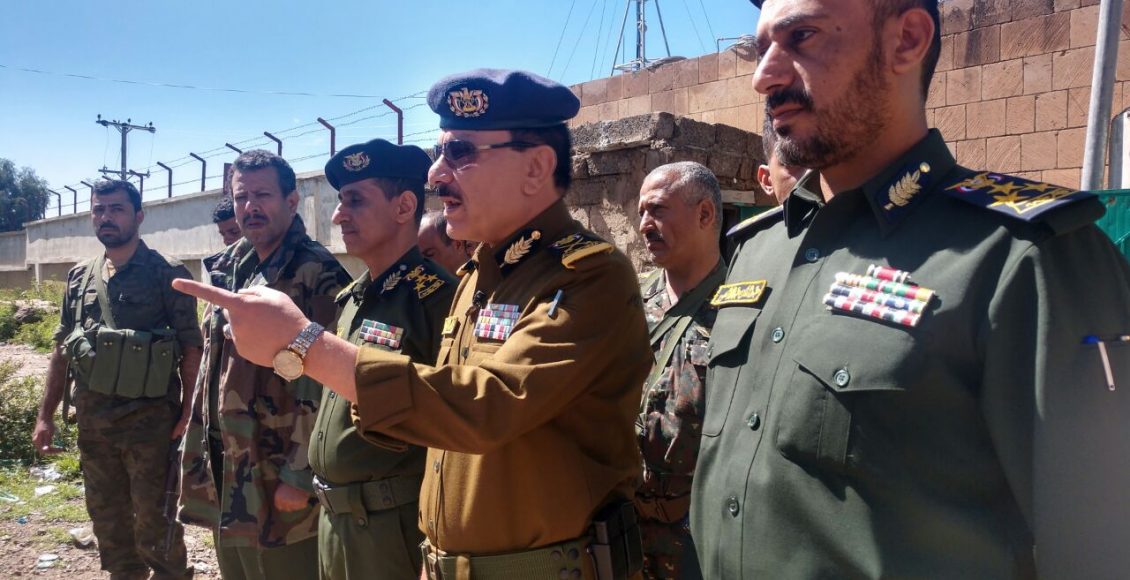 During the visit, which included security points and the headquarters of the security departments in Hamadan and Bani Matar, the brigade and the visitors exchanged congratulations with officers and security personnel on the occasion of Eid Al-Adha, and conveyed to them the congratulations and blessings of the leader of the revolution, the political leadership, and the leadership of the Ministry of Interior on the occasion, and gave them symbolic holiday gifts.

Major General Al-Marouni also praised the level of vigilance and high-security sense of the security men and the great presence in their positions, departments, and security points.

For their part, the security men expressed their happiness at this visit, which proves the Ministry of Interior’s keenness to inspect their conditions, and it represents a great incentive for them to continue sacrifice and giving to defend the country and the citizens.