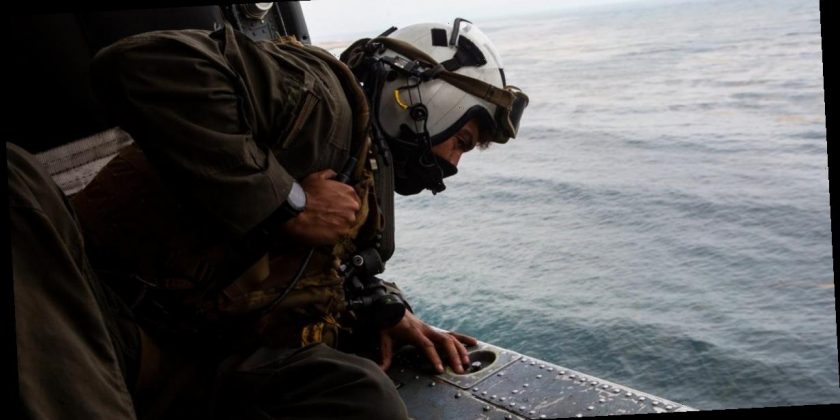 An accident during a military training has left eight US service members presumably dead, according to the Marine Corpse.

In an announcement on Sunday, the Marine Corps said the incident happened after an amphibious assault vehicle (AAV) sank with 16 crew members inside during training on Thursday off the Southern California coast.

Eight Marines on board were rescued, but one of them died soon after he was hospitalized and two others are in critical condition, according to the announcement.

It added that seven Marines and one Navy sailor are now presumed dead.

It was around 5:45 p.m. Thursday when the 26-ton vehicle started sinking after water had started to get in, Marine Corps Times reports.

The Marine Corps said they conducted a 40-hour search in coordination with the Navy and the Coast Guard, but leadership “determined that there was little probability of a successful rescue given the circumstances of the incident.”

The tank-like craft nicknamed “amtrac” sank in hundreds of feet of water between 0.6 and 1.2 miles off San Clemente Island’s beach and it was too deep for divers to continue their search.

Commandant of the Marine Corps Gen. David Berger says the search ended because “all resources were exhausted.”

“It is with as heavy heart that I decided to conclude the search and rescue effort,” said Col. Christopher Bronzi, commander of the 15th Marine Expeditionary Unit.

The vehicle, designed to be buoyant with three water-tight hatches and two large troop hatches, is used to transport troops and their equipment from Navy ships to land.

The incident marked the deadliest of several others involving amtracs that have occurred during Camp Pendleton exercises in recent years.

In 2017, 14 Marines and one Navy sailor ended up in hospital after their vehicle struck a natural gas line at the camp, causing a fire that engulfed the landing craft.

And in a 2011 incident, a Marine was killed when an amphibious assault vehicle sank offshore of the camp during training.

WHO: There May Never Be a COVID-19 ‘Silver Bullet’

The aggression commits 71 breaches of Sweden agreement in Hodeidah