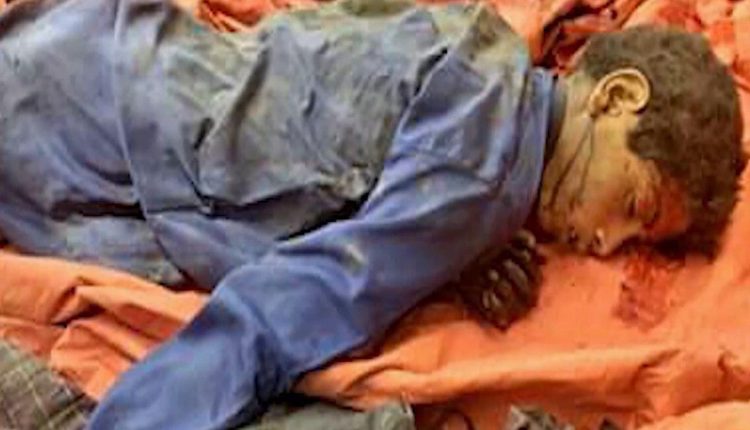 121 civilians fall martyred , wounded by the aggression in Jawf within 6 months

the victims of Saudi-led coalition crimes in the province since February 2020 until August 6 amounted to 121 martyrs and wounded, the Human Rights Office in Jawf province on Wednesday said.

The aggression coalition aircraft launched three airstrikes at noon on Thursday, August 6, 2020, committing a heinous bloody massacre against civilians from al-Maa’tara tribe, the office referred in a press statement.

Most of the victims of the horrific massacre were children and women, who were traveling on board of three cars on a holiday visit to their relatives in Khab Washaf district in Jawf and Al-Sha`af Al-Jawf area, the statement affirmed.

The crime scene, in which the coalition committed the massacre, is not less than thirty kilometers from the fighting fronts, and there is no military objective that the aggression coalition countries can invoke, the statement added.

This crime is a genocide crime against children in Jawf, and it had left nine martyrs and 13 wounded, most of them children and women, the office stressed.

The crime was committed in conjunction of the United Nations Secretary-General’s efforts to remove Saudi Arabia, the killer of children in Yemen, from the blacklist for violators of child’s rights.