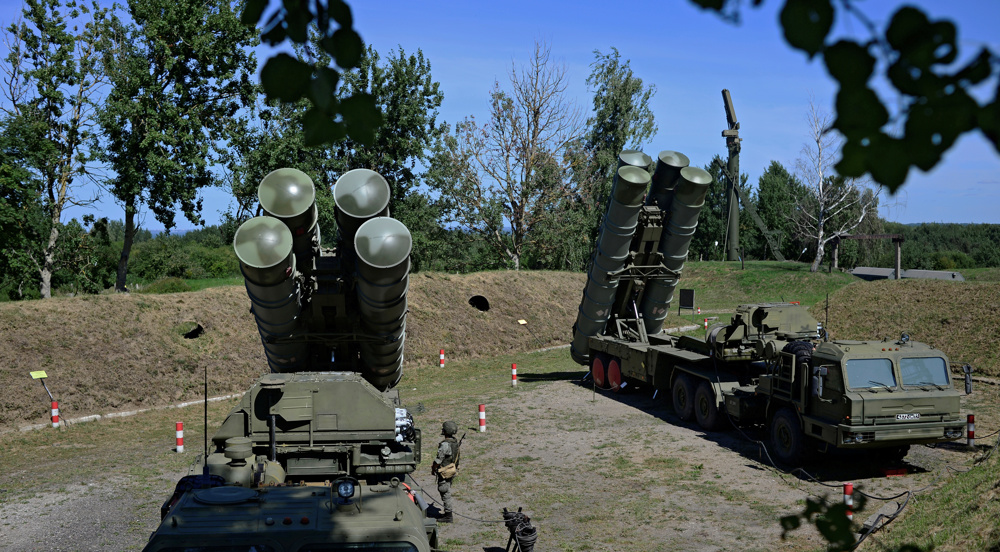 Russia, Turkey ’Agree in Principle’ on 2nd Batch of S-400 Delivery Despite US Opposition

A senior Russian official says his country and Turkey have agreed in principle on the second shipment of Russian advanced S-400 missile defense systems despite strong opposition from the United States.

Dmitry Shugaev, head of Federal Service of Military-Technical Cooperation, said on Sunday that Moscow and Ankara are in advanced stage of discussion on the delivery of the second batch of S-400 Triumf, but the agreement has not yet been signed.

“We are awaiting for the decision of the Turkish partners to sign another option contract”, Shugaev said in an interview with Zvezda TV, which is run by the Russian Ministry of Defense.

Also on Sunday, Sergei Chemezov, head of Russia’s Rostec arms firm, said Moscow is likely to clinch a deal for the delivery of the second batch of S-400 to Turkey next year.

Chemezov announced the news in a statement, the Interfax news agency reported.

Rostec is a Russian holding based in capital Moscow that specializes in consolidating strategically-important firms, mainly in the defense and high-tech industries.

In late 2017, Ankara signed a $2.5 billion deal with Moscow to procure the S-400, a Russian-made mobile surface-to-air defense system designed to destroy aircraft, cruise and ballistic missiles as far as 402 kilometers away, and can also be used against ground installations.

It has previously been sold only to China and India.

Ismail Demir, head of the Turkish Defense Industries Directorate, previously said that Russia and Turkey had reached an agreement in principle on the supply of the second batch of S-400s.

The delivery of S-400 launchers to Turkey began in July 2019, infuriating the United States, which had long warned that Turkey, a NATO member, cannot have both the S-400 and American Lockheed Martin F-35 stealth fighter jets.

Washington claimed that the S-400 defense systems were incompatible with NATO equipment and could expose the F-35s to possible Russian subterfuge. Both Turkey and Russia reject the allegations and continued talks on an additional batch of S-400s.

The Russia-Turkey S-400 deal also envisages partial transfer of production technology to the Turkish side.

As Ankara did not yield to the US pressure, the S-400 deal prompted Washington to threaten sanctions and suspend Turkish involvement in its F-35 jet program. Washington further conditioned the supply of its Patriot missiles to Turkey on returning the already purchased S-400 systems back to Russia.

Ankara is striving to strengthen its air defense, particularly after Washington decided in 2015 to withdraw its Patriot surface-to-air missile system from Turkish border with Syria, a move that weakened Turkey’s air defense.

Before gravitating towards Russia, the Turkish military reportedly walked out of a $3.4-billion contract for a similar Chinese system. The withdrawal occurred under purported pressure from Washington.