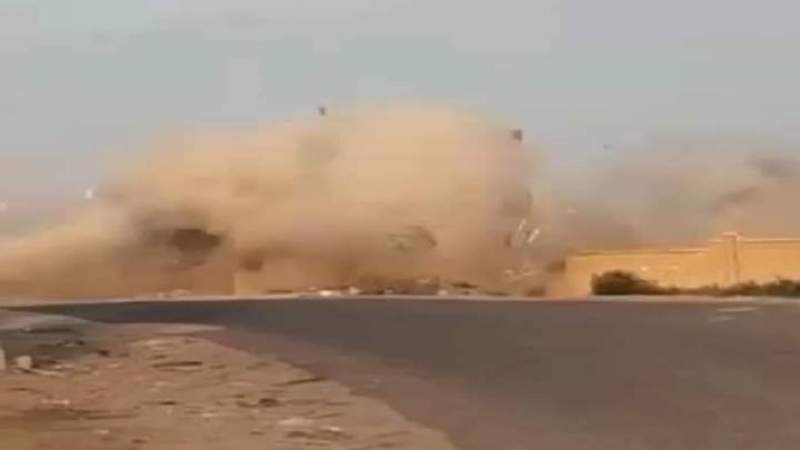 The terrorist militias blew up the building by placing a large amount of explosives and explosive devices in the building, which was detonated from a distance, the sources confirmed.