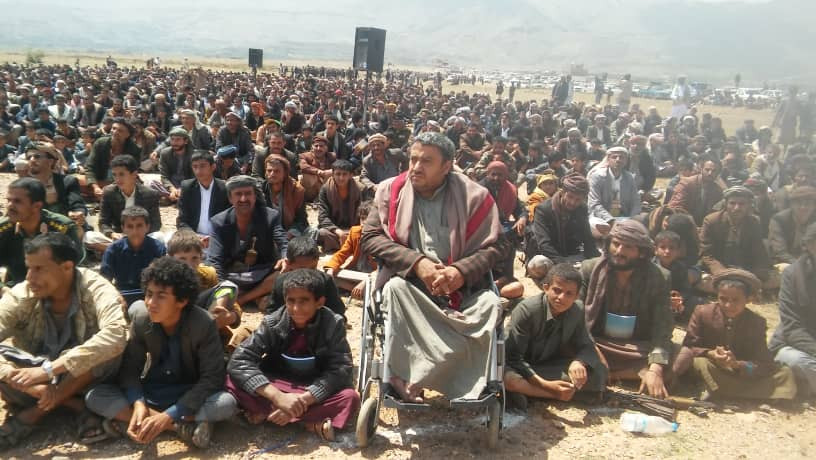 Commemorating the Day of Ashura and the anniversary of Imam Hussain’s martyrdom,hundreds of thousands of Yemenis in the capital Sanaa and a number of provinces on Sunday morning staged mass rallies .

Ten marches took place in the capital, with mass participations in several districts of Sanaa province.

Speeches and poems were, during the events, delivered that spoke about the revolution of Imam Hussain and the position of truth that he had taken in the face of tyrants and oppressors.

They highlighted the tragedy of Ashura and the tragedy that followed as a result of the deviation away from the teachings of Islam.

The words linked the tragedy of Yemen today, which has been standing for over five years in the face of Saudi-American aggression, to the tragedy of Imam Hussain, when he stood alone in front of oppressors, to the crimes inflicted on him, his children and his family, and to .

To defend Yemen’s freedom, the protesters called for confronting the Saudi-American-Emirati aggression with money and troops.

The assembled crowds furthermore confirmed their support to the Palestinian cause and the defence of the Islamic sanctuaries, and rejected US hegemony in the region.

Sayyed Nasrallah: The media battle is one of the most dangerous battles we face today