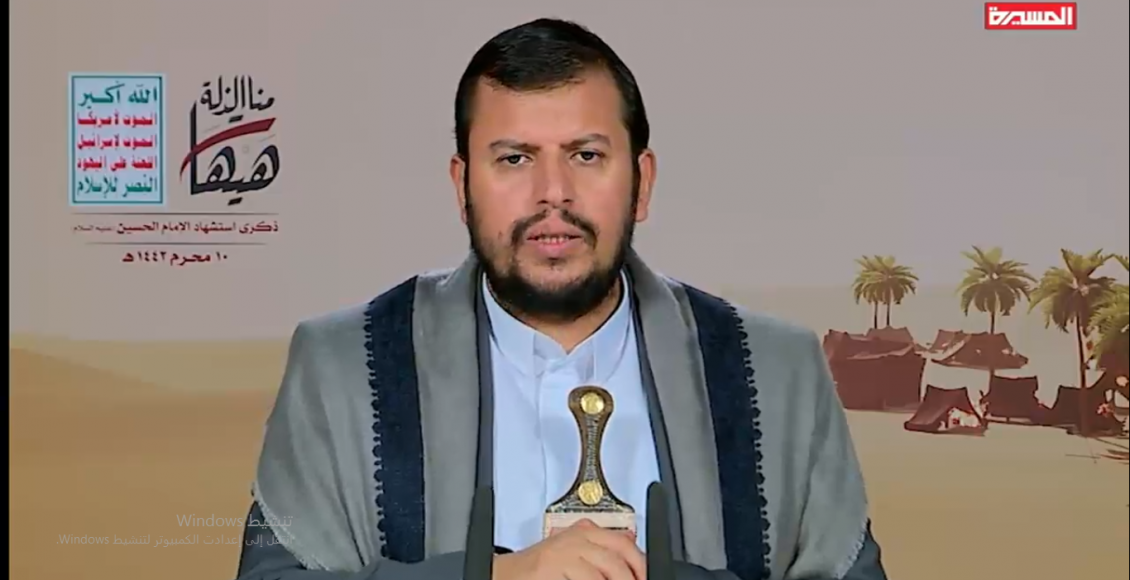 Sayyed Abdulmalik Badreddin al-Houthi, the Leader of the Yemeni Revolution, on Sunday,commemorating Ashura Day and the anniversary of Imam Hussain’s martyrdom, condemened all forms of normalization and relations with the Zionist entity, considering it to be a forbidden loyalty.
.

Yemeni people decided to resolve their choice and decision to adhere to Islam in its authenticity, which has the fruits of freedom, independence and dignity, Sayyed pointed out.

Yemeni people refuse to surrender and subservient to the Yazidi tyranny represented by America and Israel, and refuse to join the camp of hypocrisy in the nation represented by the Saudi and Emirati regimes, he stressed.

The choice of the nation that achieves independence and salvation from dependence on the enemies is the Husseini approach, which represents the original extension of Islam, he pointed out.

The sacrifices, no matter how much they are, will not be at the level of the losses of surrender and subservience, he added.

Sayyed continued: Our position of solidarity with the peoples of our nation in Lebanon, Syria, Iraq, Bahrain, the Islamic Republic of Iran and the oppression of Muslims in Burma, India, Kashmir and various countries of the world are Islamic principled positions and an essential part of our religious commitment.”