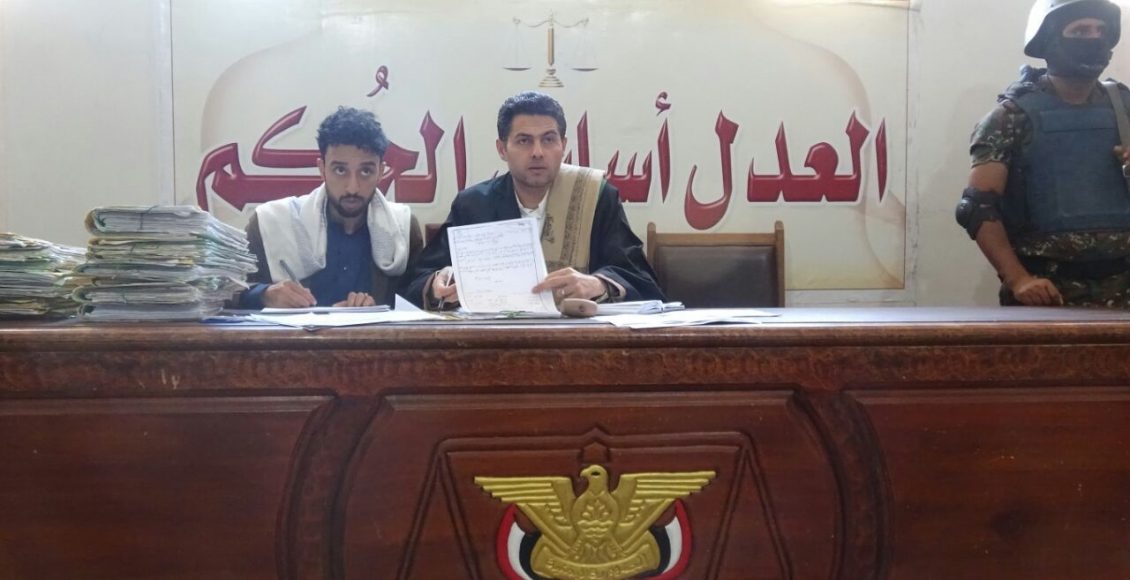 20 Accused of participating in an armed gang of Al-Qaeda organization in what is known as “Taiz cell”, by the Specialized Criminal Court in the capital Sanaa on Wednesday ,were convicted and one of them was sentenced to death.

The others were sentenced to prison terms ranging from five to 10 years.

It based its judgment on the physical evidence, official reports, and confessions of the convicts submitted by the criminal prosecution.