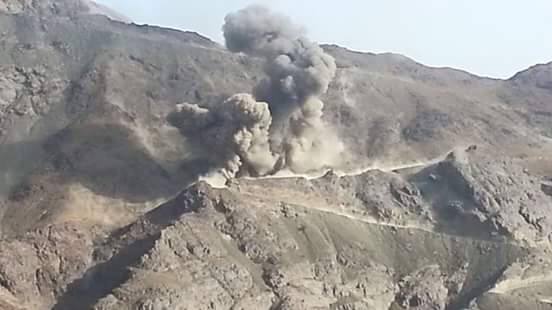 The forces of the American, Saudi, and Emirati aggression continue their air escalation and launch intense raids on various governorates, ignoring the serious warnings of the Yemeni armed forces.

A security source indicated that the aggression’s air forces launched 9 raids on Rahba district, 4 raids on Enthal directorate in Ma’rib governorate, and 3 raids on Khub Washa`f district in Al-Jawf, an air strike on Nati` in Al-Bayda district, a raid on the city of Haradh in Hajjah, and two raids on Al-Rabou`a district in Asir.

An official of the Liaison and Coordination Officers’ Operations Room to monitor violations in Hodeidah province affirmed that the aggression has committed 82 breaches during the past 24 hours.

The official affirmed that the violations including establishing combat fortifications near 50 Street and flying 14 spy planes in the airspace of Kilo 16 area.

The official added that 10 violations with 63 artillery strikes and 70 others with different bullets of the province.