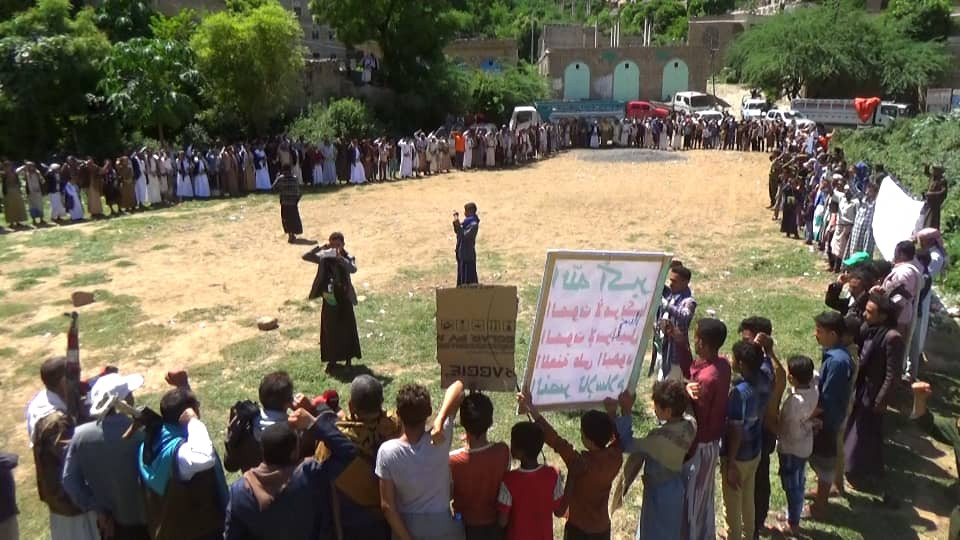 Protest in Rimah to denounce the detention of oil derivatives ,to reject normalization

Sons of Raima province held on Thursday a popular rally to condemn the siege by the US Saudi-led aggression coalition against the oil derivatives ships.

At the rally, theY stressed enhancing the internal fronts and standing aligned for defense of the homeland, its security and stability.

They affirmed continuing to back the Yemeni army in the battlefronts with fighters men and food convoy to achieve triumphs and to face the aggression forces.

It warned of an imminent health and environmental disaster threatening the lives of citizens as a result of the worsening living conditions due to shortage of oil derivatives.

They called on the international community and the humanitarian organizations to work to stop the arbitrary practices by the aggression against the Yemeni people.