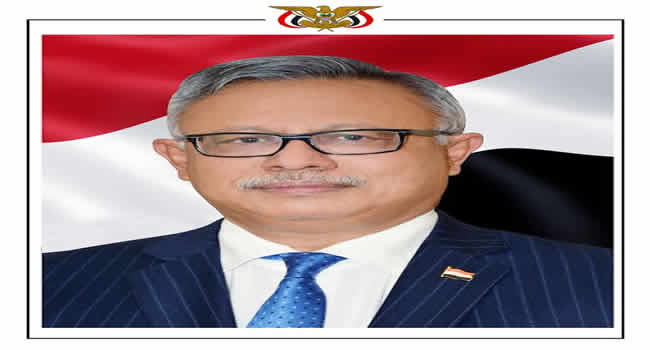 A cable of congratulations to the Leader of the Revolution, al-Sayyed Abdul-Malik Al-Houthi, marking the sixth anniversary of September 21 revolution was sent on Sunday by the Prime Minister Dr. Abdulaziz Saleh bin Habtour .

He also congratulated President the Supreme Political Council on the great anniversary.

He praised the national and humanitarian goals by the September 21 revolution, foremost of which is its practical endeavor to liberate the national decision from foreign domination,

He also stressed that the September 21 revolution is a natural extension of the blessed Yemeni revolution on September 26, October 14 and November 30.