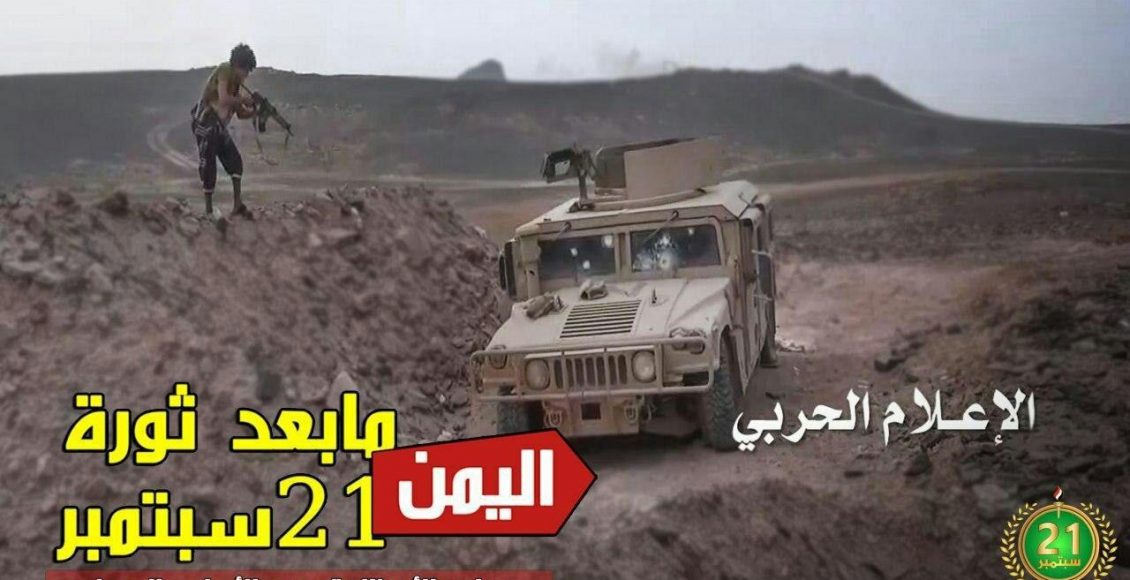 September 21 Revolution represented a historic turning point towards the desired freedom, independence and dignity for the Yemeni people. It preserved the national sovereignty of Yemen away from the foreign tutelage and American hegemony that was hanging over Yemen for many decades ago. Therefore, 21st of September was a revolutionary and historical day in which the Yemeni people were empowered to restore his stolen dignity and his decision taken by the forces of global arrogance led by America.

It ended what was prevalent that Yemen is the back garden for the rulers of the Gulf. It uprooted the aspirations and projects of the Gulf Arabists who saw Yemen as their back garden, as well as their descendants, clients, who assigned them as employees there.

It is known that September 21 Revolution took place in 2014 AD, and it triumphed ,thanks to Allah, the acumen of leadership and its permanent attachment to Allah, and the steadfastness of the free revolutionaries and their sacrifices . However, the enemies of it abroad and with the participation of their agents at home decided to fight it and are still so. The more they tried to eradicate, suppress, and control it, the more it grew, grew, and became stronger than before. Because it is linked to Allah, leadership, people, and its project is a right project in the face of falsehood. That is why the leader of the revolution, Sayyed. Abdul Malik Badr al-Din al-Houthi, described it as a day of Allah.

Revolution based on Quranic culture:

Without any doubt, September 21 Revolution is based on a Qur’anic culture that has the ability to contain all world cultures, and has a universal message that engages human being with an integrated consciousness, regardless of his nationality and culture. It enables him of his own free will and desire to review what is wrong and support all that is right in a way that serves the human being and preserves his dignity, and then makes him move by himself in the face of oppression, tyranny and arrogance. Therefore, it awakened a lost and oblivious nation, thanks to Allah, and thanks to its leadership that awaken the Qur’anic approach and culture in Ummah.

Perhaps what distinguished September 21 Revolution is that it is not just like any revolution against a ruling regime, but rather a popular revolution by all components of the people, and a revolution that carries a project and a cause, and has a wise leadership. It was not a fake revolution planned by the global intelligence services that received external support and directives from foreign embassies but was against tyranny, arrogance and colonialism. It is a revolution against foreign colonial projects, which is a revolution that managed to cut off the arms of foreign tutelage over Yemen, and ended the foreign tutelage and American hegemony over Yemen, It brought down all the projects and illusions of normalization with the Zionist enemy entity.

The true meaning of liberation and peace:

What also distinguishes this blessed revolution is that it proved to the peoples of the world,, with its values and principles, the true meaning of liberation and independence from subordination and slavery, preserving the country’s sovereignty and the sovereignty decision, and cutting off the arms of foreign tutelage over Yemen, and the true and honorable peace that preserves Yemen’s dignity and independence. So, the strongest military and international coalition to bring it down for more than five years, through criminal aggression and unjust siege.

The revolution is continuous and will never stop no matter what the challenges and the suffering. The free revolutionaries will continue their revolutionary and liberation path in the face of the arrogant and aggressors, and the prosecution and trial of murderers, criminals and the corrupt. “Beware, beware,” for anyone who conspires against the Yemeni people, the people of revolution, responsibility and jihad, he will face great soldiers, whose faith identity , strong and firm belief and connection to Allah made them prevail in all situations and in the face of all conspiracies.

2 citizens wounded in the aggression bombing on Saada