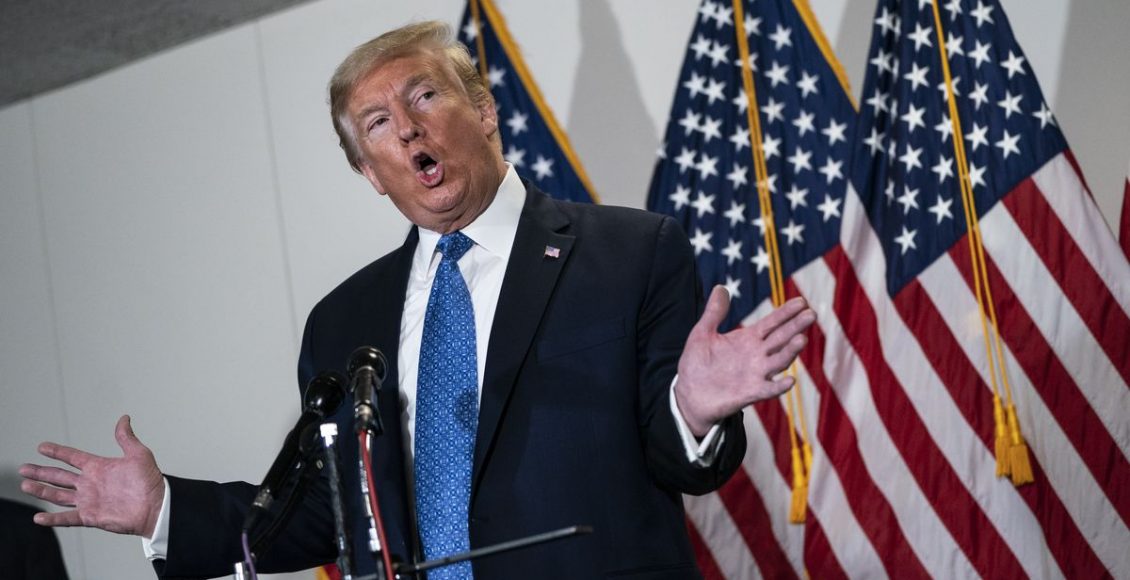 Trump Paid No Income Taxes in 10 Out of 15 Years, New York Times Reveals

US President Donald Trump paid no federal income taxes whatsoever in 10 out of 15 years beginning in 2000 because he reported losing significantly more than he made, according to an explosive report released Sunday by the New York Times.

In both the year he won the presidency and his first year in the White House, Trump paid just $750 in federal income taxes, the NYT reported.

Detailing payments gleaned from more than two decades of tax information, the NYT report outlined extensive financial losses and years of tax avoidance that deal a blow to the business-tycoon brand Trump has built his political career on.

At a White House briefing Sunday, Trump denied the New York Times story and claimed that he pays “a lot” in federal income taxes.

“I pay a lot, and I pay a lot in state income taxes,” Trump claimed.

He also added that he is willing to release his tax returns once he is no longer under audit by the Internal Revenue Service, which he said “treats me badly.”

Trump, however, is under no obligation to hold his tax returns while under audit, despite his repeated claims otherwise.

The US President also refused to answer how much he has paid in federal taxes in the briefing and walked out to shouted questions from CNN’s Jeremy Diamond on the topic.

The expansive NYT report paints a picture of businessman who was struggling to keep his businesses afloat and was reporting millions in losses even as he was campaigning for President and boasting about his financial success.

According to the newspaper, Trump used the $427.4 million he was paid for “The Apprentice” to fund his other businesses, mostly his golf courses, and was putting more cash into his businesses than he was taking out.

The tax information obtained by the NYT also revealed that Trump has been fighting the IRS for years over whether losses he claimed should have resulted in a nearly $73 million refund.

In response to a letter summarizing the newspaper’s findings, Trump Organization lawyer Alan Garten told the Times that “most, if not all, of the facts appear to be inaccurate” and requested the documents.

The New York Times said it will not make Trump’s tax-return data public so as not to jeopardize its sources “who have taken enormous personal risks to help inform the public.”

The tax-return data obtained by the newspaper does not include his personal returns for 2018 or 2019.

Trump’s taxes have been largely a mystery since he first ran for office.

During the 2016 campaign, the then-candidate broke with presidential election norms and refused to produce his tax returns for public review. They have remained private since he took office.

The NYT reported Sunday that Trump’s tax information reveals specific examples of the potential conflicts of interests between the President’s business with his position.

Trump has collected an additional $5 million a year at Mar-a-Lago since 2015 from new members. A roofing material manufacturer GAF spent at least $1.5 million in 2018 at Trump’s Doral golf course near Miami while its industry was lobbying the government to roll back federal regulations, according to the Times.

Trump has denied the accusations, labelling the report as ‘fake news’ but the NYT said all of the information obtained was “provided by sources with legal access to it.”