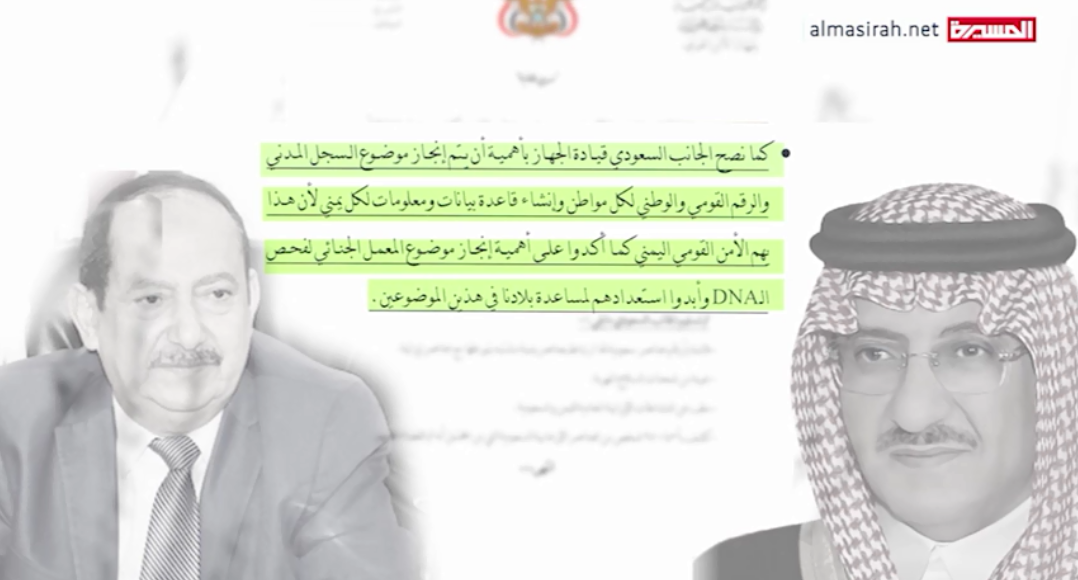 New documents showing Various aspects of foreign tutelage over Yemen before the September 21 revolution,2014 were unveiled by Al-Masirah satellite channel of Ansarullah on Sunday .

They,according to Al-Masirah TV, included a document issued by the British embassy in September 2013 revealing the embassy’s dictates to lift subsidies on oil derivatives in response to World Bank policies.

The document revealed the International Monetary Fund’s proposal for an incremental reduction in fuel subsidies as part of the proposed extended credit facility for Yemen.It also showed that the British ambassador threatened “Abd Rabbo Mansour Hadi” with economic instability in the event that what she described as “a program to reduce subsidies on oil derivatives” was not approved.

The channel also unveiled another document, issued by the National Security Agency at the end of November 2012, revealing a meeting between the agency’s head and Saudi Interior Minister Prince Mohammed bin Naïf, which was devoted to clarifying what the document describes as security efforts to contain “Houthis” and prevent their expansion activities.

The document also revealed Saudi dictates to establish a database and information about every Yemeni and to equip the forensic laboratory to examine DNA.

Another document, issued by the General Military Intelligence Department on July 9, 2012, revealed a meeting held between the Yemeni Commander of the Air Force and Air Defense at that time and the Military Attaché at the French Embassy, during which the Air Force Commander requested the use of French expertise in the field of training and aviation.

The French attaché talked, in that meeting, about the possibility of the participation of the French forces located in Chad or Djibouti in what he described as helping Yemen, and stressed that the focus of cooperation for the French side is through mutual benefit.

WH Acknowledges Trump’s Condition Had Been Worse Than Revealed

Citizen martyred injured due to the aggression military escalation in Hodeidah