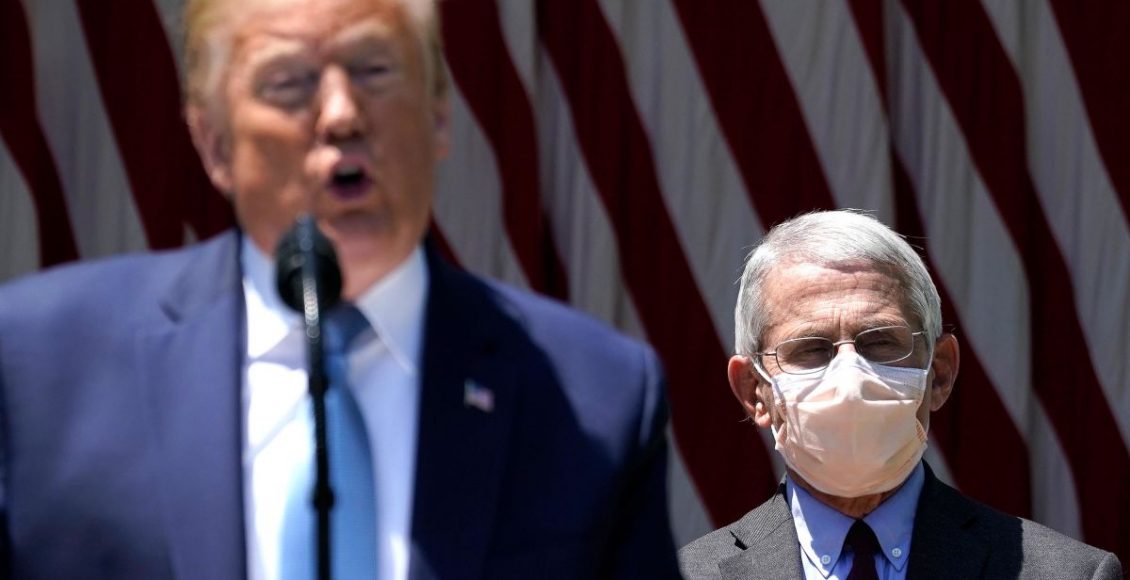 Top US infectious diseases expert, Anthony Fauci, has warned President Donald Trump to be prepared for the possibility of a “reversal” in his health condition, just weeks before the November 3 election, which prompted the infected president to rush to the White House from hospital.

Fauci, Director of the National Institute of Allergy and Infectious Diseases, gave a “heads up” to those taking care of the president on Monday, calling on his physicians to “keep an eye” on Trump’s condition.

The president was admitted to the medical center on Friday after being diagnosed with COVID-19.

But he left the hospital on Monday and went back to the White House, where he is expected to continue his recovery, according to his doctor.

“It’s no secret that if you look at the clinical course of people, sometimes when you are five to eight days in, you can have a reversal,” Fauci told CNN.

Landing at the White House on Marine One, Trump removed his face mask and declared he feels great.

Fauci, however, said, “You are not out of it until you have gone several days out and [are] doing well.”

The doctor, who said he has not been involved in the direct care of Trump, declined to comment on the status of the president’s condition.

Trump had repeatedly disagreed with Fauci on COVID-19, including social-distancing guidelines and masks wearing, calling the doctor as “a little bit of an alarmist.”

The president is now under criticism for endangering his staffer in the White House, where 14 officials have so far been diagnosed with the viral infection.

Among the infected are first lady Melania Trump and several White House aides, including White House press secretary Kayleigh McEnany, who announced she had contracted the disease, along with two other press aides on Monday.

The president also sparked another controversy by calling on people not to be afraid of the deadly virus that has claimed the lives of more than 210,000 Americans across the US.

His controversial message for not fearing the virus came as the United States has so far recorded more than 7.4 million confirmed cases of the viral infection.

COVID-19 Vaccine May Be Ready by Year-End: WHO’s Tedros