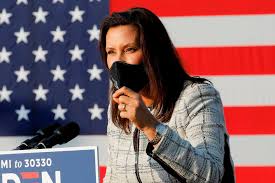 “Several members talked about murdering ‘tyrants’ or ‘taking’ a sitting governor,” an FBI agent wrote in the affidavit, obtained by the Detroit News. “The group decided they needed to increase their numbers and encouraged each other to talk to their neighbors and spread their message.”

Federal prosecutors plan to make a fuller statement on the alleged plot later Thursday, according to the newspaper.

At least six men have been charged in connection with the alleged plot, identified as Adam Fox, Barry Croft, Ty Garbin, Kaleb Franks, Daniel Harris and Brandon Caserta, according to the affidavit.