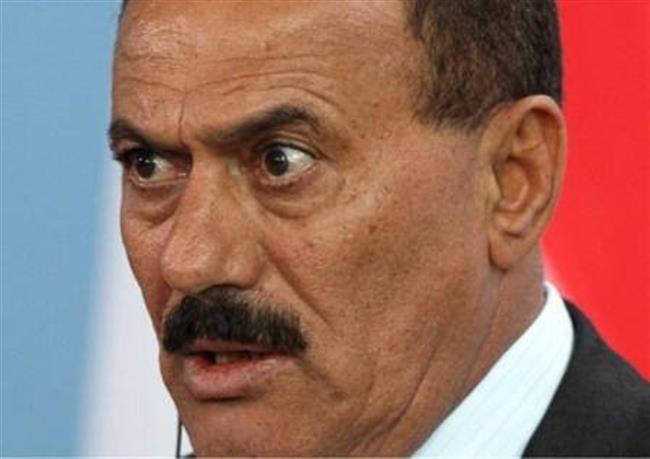 The documents disclosed by the spokesman of the armed forces, Brigadier General Yahya Saree, about the relations of the former regime in Yemen with the Zionist entity, caused a great shock to many of the Yemeni people. This is due to the scandals they contained ,confirming that the Israeli incursion attempts in Yemen began very early, and that the regime that ruled the country for decades was not, in fact, much different from the Gulf regimes we see today obeying the Zionist enemy, based on the fact that it is a tool in the project of the American-Israeli guardianship over the region.

Despite the surprise but was not, in fact, a big secret. Since 2000 CE, the local newspapers have dealt with a lot of news and articles confirming what was between the regime of “the traitor Ali Saleh and the Zionist entity”. It had been clear to the public, and has even reached the hall of the Yemeni parliament itself, confirming the depth of relations between the Saleh regime and Tel Aviv at that early time, which were deep and not secrete.

The Israeli journalist specializing in Arab affairs, Jackie Hawji, commented on Twitter on what the spokesman for the Yemeni armed forces revealed about the visit of an Israeli official to Yemen during the rule of the traitor Saleh, stressing that “the credibility of this news is very high.”He pointed out that “their goal is to show the image of the UAE and its known love for the Zionists, at a time when part of their battle with their enemies, the military coalition of the Emirates and Saudi Arabia, and part of it is taking place in the orbit of media fabrications,” he said.

These documents reveal that the “Zionists” were discussing with the regime of the traitor Saleh securing the Red Sea against Zionist activities, particularly Bab al-Mandab, the movement of Jewish investment and the transfer of Jews, in addition to the dismantling of the naval forces, the coast guard, and other issues related to normalization and diplomatic relations.

Traitor Saleh’s relationship with the Israelis began in the mid-nineties of the last century, when in early March 1996 the “Israeli” Knesset delegation arrived in Sana’a , received a remarkable warm welcome, and met with several leaders headed by Saleh, in addition to security and civilian officials .Within 5 years , 1995 to 2000, visits of “Israeli” delegations to Yemen took place under the pretext of tourism, commercial and economic investment, and officials of international organizations . In addition, a former minister in Saleh regime visited “Tel Aviv” in prior coordination between the two sides.

According to the documents, the “Israeli” entity succeeded in attracting Yemeni leaders, merchants, activists, and citizens. It recruited some of them to work for it and its intelligence apparatus, monitoring and collecting information about Yemen, especially cultural activities hostile to it and activities in solidarity with Palestine, as well as economy , agriculture and military aspects.

The traitor Saleh and his relatives were not only the ones managing the file of relations with “Tel Aviv” but also a number of senior officials in the state, headed by the old general, Al-Eryani, ministers, representatives in parliament and businessmen. Coordination continued between the agents of “Tel Aviv” in Sanaa and the “Israeli officials.” until after the Gulf initiative, whereas Hadi and his regime, including the Brotherhood party, continued what Saleh had started. Had it not been for the victory of the September 21 Revolution and the eradication of the December sedition, Yemen would have been competing with the UAE and Bahrain in declaring relations and celebrating what they call peace agreements.

According to the briefing of the Armed Forces spokesperson, there are many documents that were not disclosed, and what was announced was only a small part, not exceeding 2% of the Zionist and American plan that reveals the entire western project in our country.

In conclusion, what the documents revealed confirms the insightful vision that the martyr commander Sayyed Hussein Badr al-Din al-Houthi warned about the danger of America entering Yemen .Because Yemen was and still a target of “Israeli” policies the American Zionist strategic mentality and a field of Zionist activities and movements fields.

The aggression forces commit 191 breaches of Sweden Agreement in Hodeidah