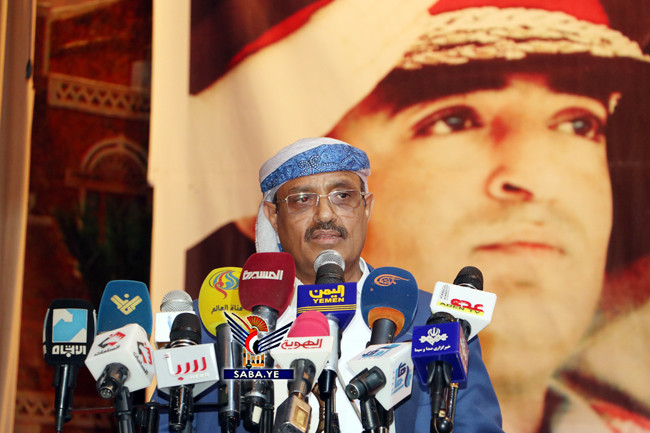 Yemeni political movement the Nasserist Reform Organisation had on Sunday marked the 43rd anniversary of the martyrdom of President of Yemen Ibrahim al-Hamdi, with an event at the Cultural Centre in the capital Sana’a,according to Yemen Press Agency.

At the event, Sultan al-Sami, a member of the Supreme Political Council explained that President Al-Hamdi was a national project that came during that period to build an independent civil state, but our wickes neighbour Saudi Arabia aborted his project and , carried out an assassination plot against him.

“The June 13th movement is a reform movement for the course of the September revolution after a seven-year war, which has claimed hundreds of thousands of lives with the support of the bad neighbor, and today the Yemeni people are fighting for a corrective revolution on September 21st to liberate from the forces of hegemony and external guardianship.”

He called for the continued support of the fronts with money, men and equipment to ensure victory and the building of a Yemeni state based on law, justice and equality.

Ibrahim al-Hamdi was the highly popular President of the Yemen Arab Republic from 1974 to 1977. During his short tenure in power, he oversaw a massive economic and social development of Yemen, abolished feudal institutions in favour of democratic local councils and greatly increased net income for the lower classes.

President al-Hamdi was assassinated in 1977 in a Saudi-backed plot, after having negotiated a possible unification of the Yemen Arab Republic with the Democratic People’s Republic of Yemen in the south. His death paved the way for the rule of Ali Abdullah Saleh and his IMF-backed neoliberal economic policies that plunged much of Yemen into poverty.

20 Strikes on Marib, al-Jawf, Saada ,Hajjah, and 116 violations on Hodeidah