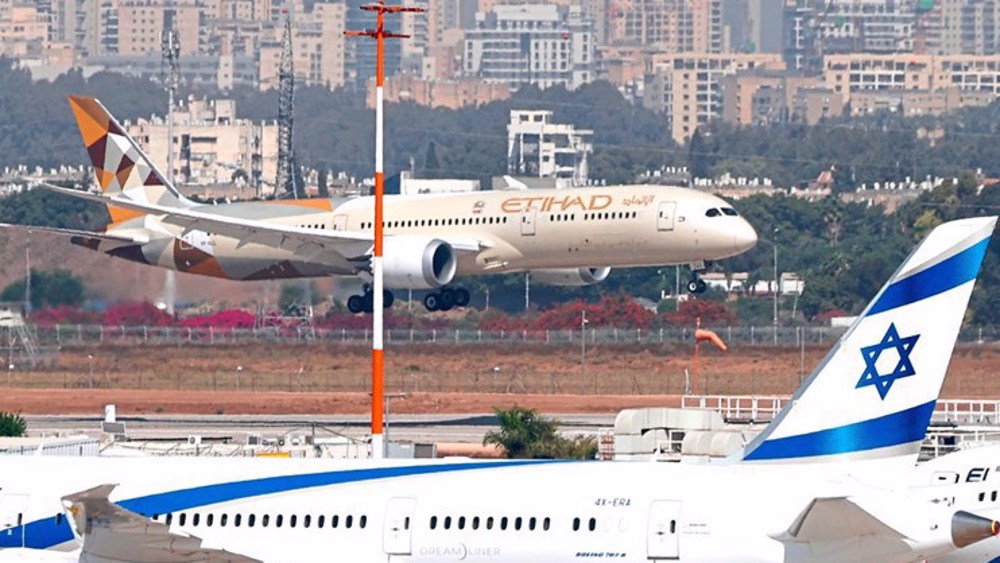 Palestinian officials have blasted as ‘shameful’ the arrival of a United Arab Emirates (UAE) delegation in the Israeli-occupied territories, saying such visits will only embolden the regime to push ahead with its occupation agenda and aggression against Palestinians.

The UAE delegation, which arrived in Israel on Tuesday, was accompanied by US Treasury Secretary Steven Mnuchin and other American officials on the flight from Abu Dhabi to Ben Gurion Airport near Tel Aviv.

During the five-hour visit, which was restricted to the airport due to coronavirus concerns, the two sides signed four agreements in the field of investment, scientific cooperation, civil aviation and visa exemptions, according to Reuters.

Wasel Abu Youssef, a member of the Executive Committee of the Palestine Liberation Organization (PLO), said Tuesday’s UAE visit came amid Israel’s new plan to expand illegal settlements in the occupied West Bank and was “shameful.”

The Palestinian official said that the visit would only validate Israeli forces’ crimes against the Palestinians.

“The bilateral agreements that were announced today and the delegations that come and go, all of that offers the occupation a strength to escalate its aggression and its crimes against the Palestinian people and increases its intransigence and arrogance,” said Youssef.

Hamas: Such visit only encourages annexation

Hazem Qassem, a spokesman for the Palestinian resistance movement Hamas, also reacted to the development and said, “Such a visit will only encourage the occupation to pursue the gradual annexation of West Bank lands.”

The visit came after Abu Dhabi and Tel Aviv signed a US-mediated agreement at the White House to normalize ties last month.

The normalization deals have drawn widespread condemnation from Palestinians, who seek an independent state in the occupied West Bank and Gaza, with East Jerusalem al-Quds as its capital. They say the deals ignore their rights and are a betrayal of the Palestinian cause.

The UAE and Bahrain justified their deals with Israel as a means to stop the annexation plans in the West Bank and bring peace to the region. Nevertheless, Israel is still going ahead with its expansion plans.

PM: Judiciary independence is holy principle that should be preserved