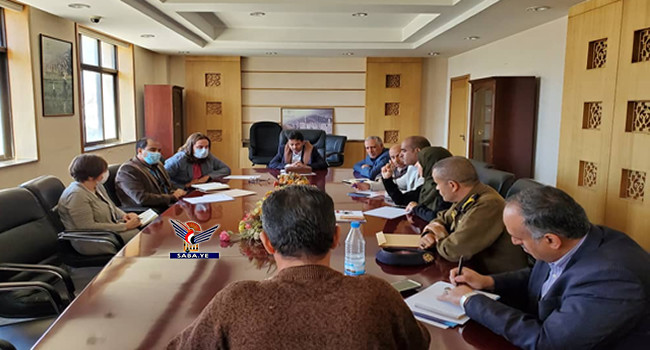 The National Committee for Refugee Affairs (NCRA) discussed here on Thursday tasks of the United Nations High Commissioner for Refugees Office (UNHCR) in the framework of asylum issues,according to Saba.

The meeting, which headed by the deputy foreign minister and the NCRA head Hussein al-Ezzi, touched upon the roles and activities of the UNHCR and its partners towards refugees and asylum seekers, it added,

The meeting, that gathered the Resident Representative of UNHCR office Jean-Nicolas Beuze, reviewed the working mechanisms that regulate the performance of the Office in coordination and partnership with the NCRA in the light of mounting challenges of the continuous influx of refugees, it stated.

The deputy foreign minister stressed that the organizations concerned with asylum and immigration issues must focus on their duties and assume their responsibilities according to the international mandate granted to them, especially in increasing the challenges and burdens that the Yemeni people face, it confirmed.

He indicated that Yemen is keen to fulfill its international obligations in parallel with laws and regulations, indicating that the humanitarian challenges facing Yemen are exacerbated in light of the military aggression and all-inclusive blockade, it added.

The UNHCR Office Resident Representative confirmed the Office’s commitment to supporting the efforts of the competent authorities in dealing with refugees and asylum-seekers, it stated.

He pointed out that the UNHCR office is responsible for complying with the asylum issues in full coordination with the NCRA.

22 Airstrikes on Marib, Al-Jawf, off Najran, and 278 violations on Hodeidah