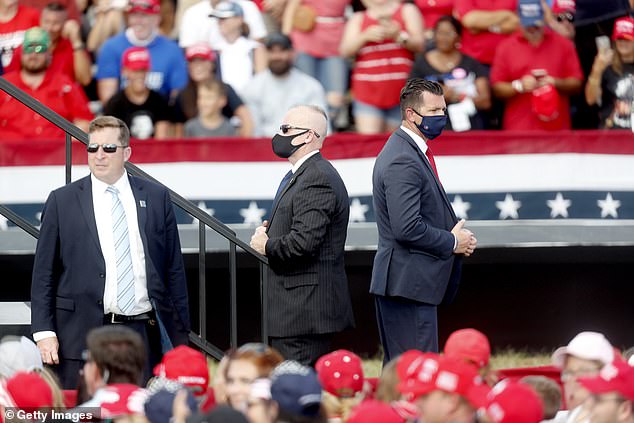 More than 130 Secret Service agents who protect President Donald Trump, the White House and the first family have been ordered to isolate because they caught COVID or were in close contact with someone who was infected with the virus.

The spread of the highly contagious disease has sidelined about 10 per cent of the agency’s core team, The Washington Post reported, and the infection rate is believed to be linked to the numerous campaign rallies Trump held before the election – 14 in the last three days of campaigning alone.

At these rallies, agents stand between the president and his supporters, many of whom are not wearing face masks and who don’t practice social distancing. While Trump stands on a stage above and away from the crowd, several agents stand in the pit between the stage area and supporters. They also fan out to work the perimeter.

242 Violations of the aggression forces in Hodeidah during 24 hours