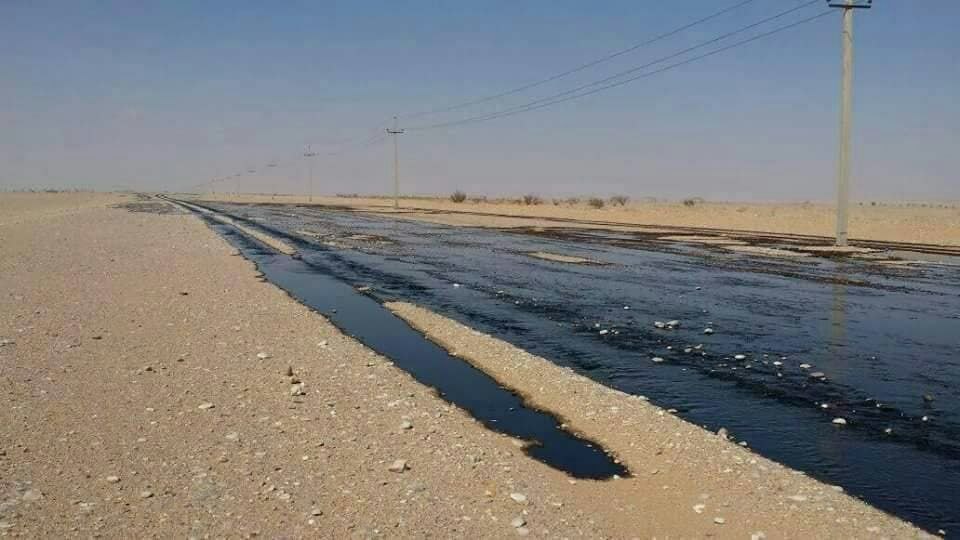 Shabwah governor Ahmed al-Amir on Wednesday held the US-Saudi aggression and its mercenaries responsible for the oil environmental pollution in Shabwa province, according to Saba.

The oil spill came from the sector-4 of the oil pipeline in large quantities of crude oil west of Ayyad due to the theft of oil and the deterioration of the pipeline.

The governor confirmed that thousands of barrels of oil that are looted by the aggression tools leak daily into agricultural and residential areas located in these areas and along the dilapidated pipeline.

Al-Amir explained that the environmental pollution affected water basins and ground wells along the pipeline.

He noted that the aggression tools deliberately neglected any environmental remedies or containment of the disaster, which caused serious damage to the population and environment.

Representatives participate in the global meeting of parliamentarians at the Climate Vulnerable Forum, explaining the injustice of Yemen

Officials in Sanaa discuss with Islamic Jihad representative developments in…