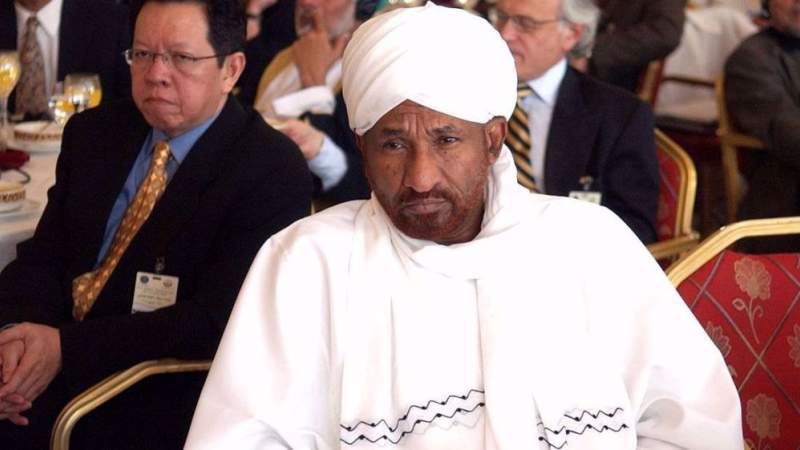 Lebanon’s Hezbollah resistance movement has issued a message of condolence on the passing of former Sudanese prime minister, Sadiq al-Mahdi, saying he was a staunch supporter of Palestine who opposed any form of normalization with Israel.

In a statement on Thursday, the movement called the late official one of the “distinguished personalities” among those championing the “anti-[global] arrogance ideology and struggle.”

Al-Mahdi, therefore, was a defender of the Palestinian cause of liberation from Israeli occupation and aggression and a steward of the path of resistance against the occupying regime, it added.

Al-Mahdi, the movement said, would strongly oppose any sort of rapprochement with the Israeli regime, especially any potential détente involving Sudan, where he would strive towards preserving national unity as well as national and Islamic identity.

The leading Sudanese politician died from a coronavirus infection three weeks after being hospitalized in the United Arab Emirates, family sources and a party statement said earlier in the day.

Mahdi, 84, was Sudan’s last democratically-elected prime minister and was overthrown in 1989 in the military coup that brought former president Omar al-Bashir to power. The moderate Umma Party was one of the largest opposition parties under Bashir, and Mahdi remained an influential figure even after he was toppled in 1989.

His passing came shortly after Khartoum and Tel Aviv entered a normalization deal that the African country was railroaded into signing by the United States.

The US had already brokered two such deals between the occupying entity and Washington’s staunch Persian Gulf allies of the UAE and Bahrain.

The détente spree comes while observers and many regional officials warn against allowing the Israeli regime any role in the regional equations, asserting that the region’s affairs, especially its security situation, has to be decided on by its own countries.

The Palestinian resistance movement of Hamas also released a condolence message, expressing gratitude towards the late Sudanese official for his support for Palestine and the rights of his own country’s people.

Representatives participate in the global meeting of parliamentarians at the Climate Vulnerable Forum, explaining the injustice of Yemen