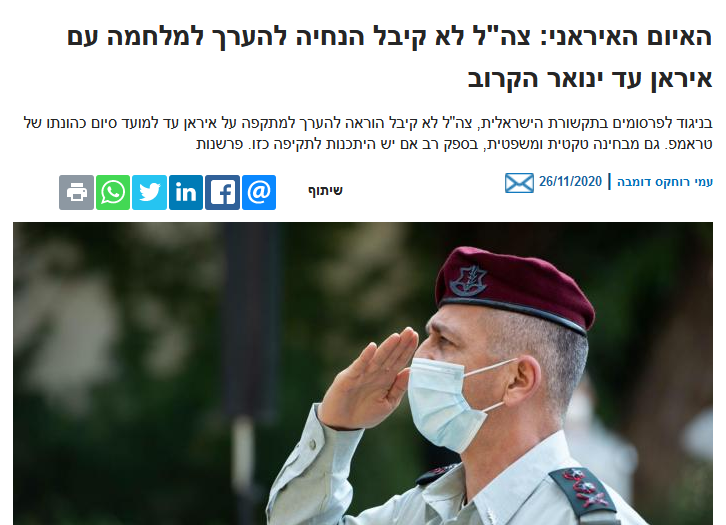 “Israel” Defense Website denied all the circulated rumors which claimed that the Israeli occupation army had been ordered to prepare for all the possible scenarios of a US military strike on Iran, considering that all such reports had to do with the election in US and the Zionist entity.

The website added that the drills carried out by the Israeli army were part of the military routine, noted that the US President Donald Trump and the Israeli PM Benjamin Netanyahu planned to use such rumors for electoral purposes.

The Zionist air force does not have the war jets which can carry the bombs needed to destroy Iran’s underground nuclear sites, according to the website which doubted the efficiency of such strikes even of they were carried out.

“Israel” Defense Website pointed out Trump needs the Congress approval to launch military strikes on Iran, adding that the US voters would not forgive him over committing such a fault.

The report also discussed Iran’s response to any US strike, highlighting the huge rocketry capabilities of the Islamic Republic.

The Iranian forces and Hezbollah will wage a huge missile attack on ‘Israel’ and the US military bases in the Guld countries, causing heavy losses, according to the report which added that hundreds of Israelis would dies in such a confrontation.

The report finally wondered whether the Zionist entity could face such a military challenge, reiterating that the rumors about Iran strike have a mere political purpose.