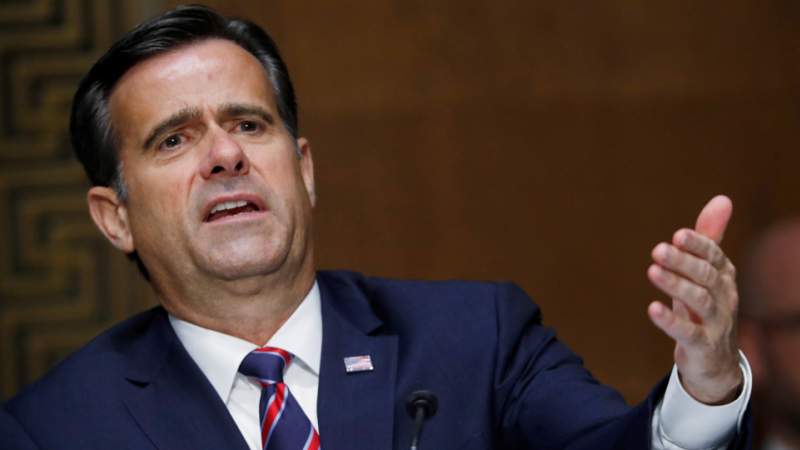 US Spy Chief: China Braces for ‘Open-ended Confrontation with America’

The top US spy chief has accused China of preparing for “an open-ended period of confrontation with the US,” in another effort by the outgoing administration of Donald Trump to further escalate tensions with Beijing in its final days in the White House.

Director of National Intelligence John Ratcliffe described China on Thursday as “the greatest threat to democracy and freedom worldwide since World War II.”

“Beijing is preparing for an open-ended period of confrontation with the U.S. Washington should also be prepared. Leaders must work across partisan divides to understand the threat, speak about it openly, and take action to address it,” he said in an opinion article in the Wall Street Journal.

“The intelligence is clear: Beijing intends to dominate the US and the rest of the planet economically, militarily and technologically,” he said.

Chinese authorities, Ratcliffe alleged, had even “conducted human testing” on members of the Chinese army “in hopes of developing soldiers with biologically enhanced capabilities.”

He did not elaborate on his claims, though.

Ratliff’s remarks came as tensions have soared between the world’s two largest economies on a range of fronts and both Washington and Beijing have stepped up travel restrictions on each other’s citizens, lately.

The administration has severely limited visas for members of the Chinese Communist Party and unveiled new sanctions on Chinese companies.

Washington also shut down the Chinese consulate in Houston in July, calling it a center of espionage and harassment of Chinese nationals in the US. In retaliation, China ordered the US to vacate its consulate in Chengdu.

Secretary of State Mike Pompeo branded China as the “central threat of our times” earlier this year.

Trump’s tough stance on China has taken relations with Beijing to their lowest point in decades, over the past four years.

Ratcliff’s op-ed is yet another effort to cement the legacy and influence the incoming administration of President-elect Joe Biden’s maneuver in dealing with Beijing, according to analysts.

Earlier this week, Biden said his priority on China was to build an alliance and pursue trade policies that tackle China’s “abusive practices.”

“The best China strategy, I think, is one which gets every one of our – or at least what used to be our – allies on the same page. It’s going to be a major priority for me in the opening weeks of my presidency to try to get us back on the same page with our allies,” Biden told the New York Times.

He has suggested that there are areas where it is in the US interest to work with China, including on climate change and North Korea.

China’s Foreign Ministry spokesperson Hua Chunying called on Washington earlier this week to scale back its actions against Beijing.

“We hope people in the US will adopt a common rational view toward China and give up their hatred and abnormal mindset toward the CCP,” referring to the Chinese Communist Party.

China and the US have been involved in disputes over a range of issues, including trade, the South China Sea, Hong Kong, and the coronavirus pandemic.