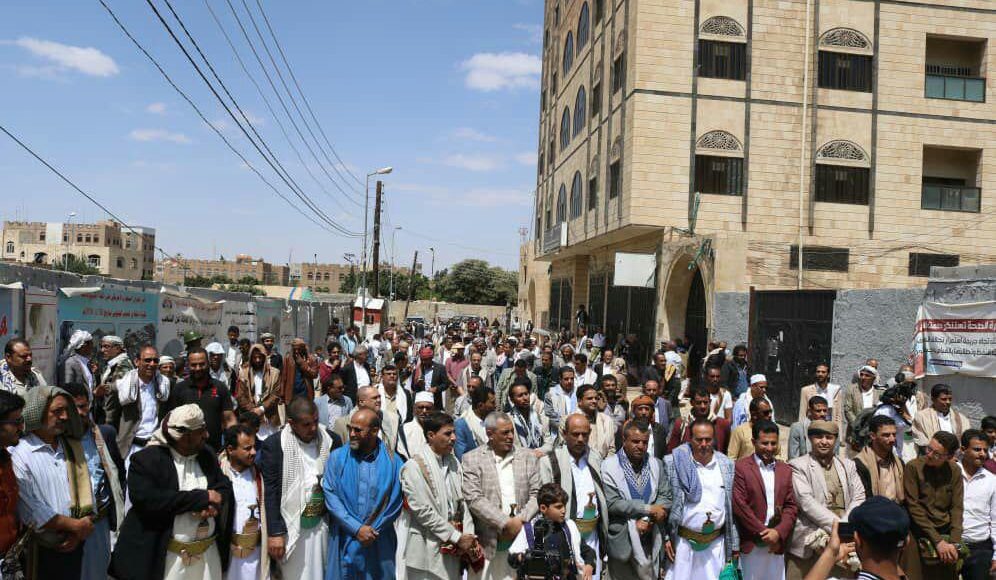 Today, the Yemeni Oil Company held a protest stand in front of the United Nations office in Sana’a under the slogan “The United Nations: neutrality from humanitarian principles and bias towards international piracy” to denounce the continued detention of the aggression coalition of oil derivative ships.

The statement that was read at the protese in the presence of the CEO of the company, Eng. Ammar Al-Adrai, called for the release of all the detained oil derivatives ships and to ensure that the ships are not detained in the future.

He denounced the clear bias of the United Nations to the maritime piracy practiced by the aggression countries on the necessary needs from oil derivatives of the Yemeni people .

Nightmare of Yemeni missile in the urgent mail to Biden