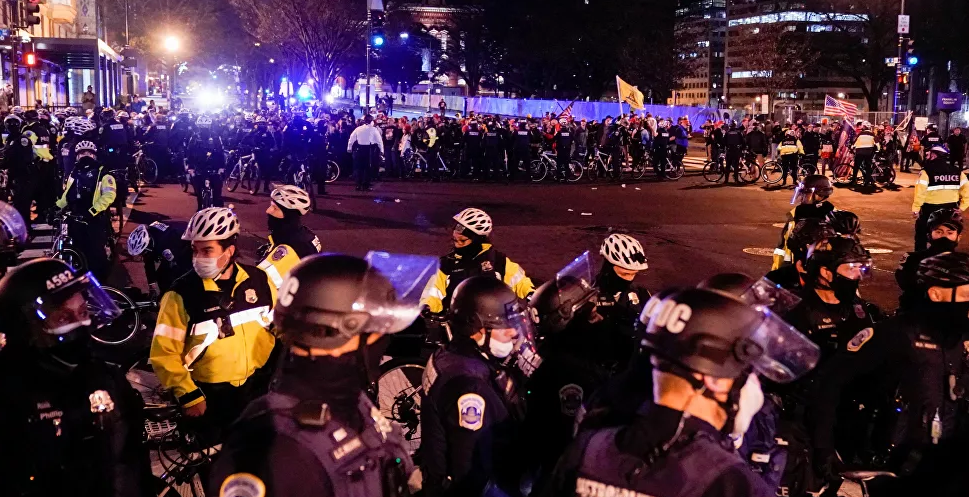 Clashes erupted between supporters of the Proud Boys and Black Lives Matter activists in Washington DC at the second Million MAGA March.

The demonstration in D.C. was one of the many held by Trump supporters across the nation on Saturday. In some locations, they were confronted by anti-Trump demonstrations, and while the police strove to keep them separated during daytime, the confrontation reportedly escalated into clashes after sunset.

According to the report, citing D.C. fire spokesman Doug Buchanan, four people were stabbed and hospitalized, possibly with life-threatening injuries.
Citing local police, the newspaper said that the total number of injured people was eight, including the four stabbing victims and two police officers. Two more people were found lying on a sidewalk and picked up by ambulances, according to the report.

US Secretary of Health: Pfizer Vaccine Distribution Starts Next Week, to Pharmacies Shortly After