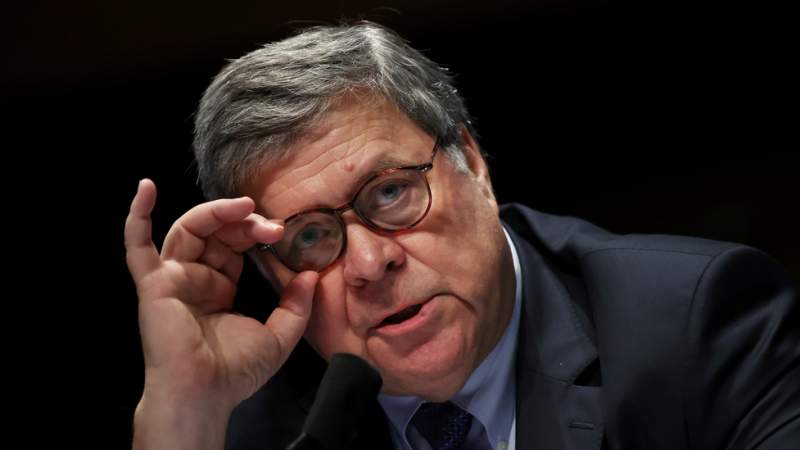 Barr will leave office within days, weeks after he angered Trump by contradicting his claims of having been the victim of mass fraud in the November presidential election.

“Bill will be leaving just before Christmas to spend the holidays with his family,” Trump tweeted.

Barr, Trump’s second attorney general, was heavily criticized by Democrats for what they said was his unethical behavior to shield Trump during a probe by special counsel Robert Mueller into the president’s Russia connections.

“William Barr was willing to do the President’s bidding on every front but one. Barr refused to play along with President Trump’s nonsensical claims to have won the election,” Democratic House of Representatives Judiciary Committee Chairman Jerrold Nadler said.

Trump was deeply angered after Barr failed, in the eyes of the president, to use the Justice Department to help the US president’s campaign or to back up Trump’s claims that Biden only won because of vote fraud.

When Barr made clear that nothing of the sort was forthcoming, Trump fumed publicly that he would be “very disappointed.”

Barr had said after the vote that “we have not seen fraud on a scale that could have effected a different outcome in the election” — an assessment that put a gaping hole in Trump’s still ongoing disinformation campaign.

Trump’s legal team accused Barr of failing to conduct a proper inquiry into the allegations of voting fraud.

Trump announced that Deputy Attorney General Jeff Rosen, “an outstanding person,” will take over Barr’s job in an acting capacity.

Trump, who is set to leave office on January 20, already fired an attorney general, Jeff Sessions, in 2018 after he recused himself in investigation into Trump’s Russia connections, leading to the appointment of special counsel Robert Mueller.

Noah Bookbinder, a former federal prosecutor who is now executive director for the progressive advocacy group Citizens for Responsibility and Ethics, said on Monday that Barr “has done tremendous damage to the Department of Justice and to the American people’s very faith in our justice system.