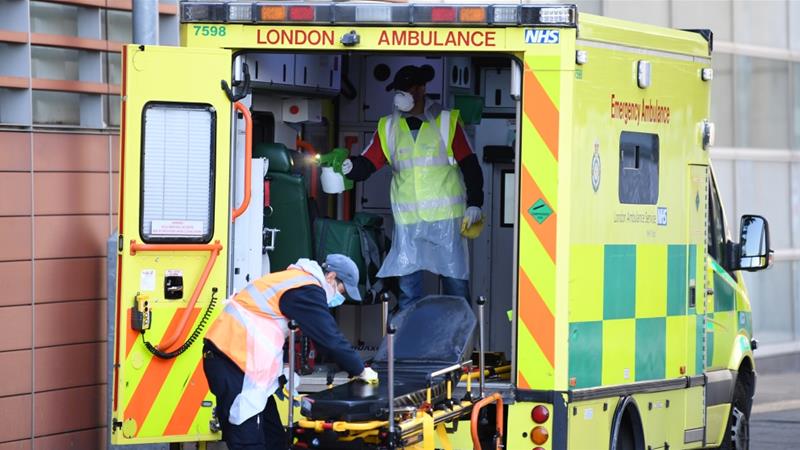 UK Health Secretary Matt Hancock warned the new mutant strain of the coronavirus is “out of control” and suggested parts of England will be stuck in the new highest tier of restrictions until a vaccine is rolled out.

More than 16 million Britons are now required to stay at home as a lockdown came into force Sunday in London and southeast England and the government scrapped plans to relax rules on socializing at Christmas in an attempt to control the fast-spreading new variant of the virus.

The measures ban household mixing in the capital and the southeast, and restrict socializing to just Christmas Day across the rest of England. Residents across the country were told to keep to their local areas.

“Cases have absolutely rocketed, so we’ve got a long way to go,” Hancock told Sky’s Sophy Ridge on Sunday program. “I think it will be very difficult to keep it under control until the vaccine has rolled out.” People in the new so-called Tier 4 areas “should behave as though they have it,” he said.

Johnson had originally planned to ease pandemic rules for five days during the holiday, but made an abrupt change of tack after emergency talks on the virus mutation with his top officials. Emerging scientific evidence suggests the new variant — which Hancock said has also appeared in Australia and continental Europe — can spread significantly more quickly than previous strains in circulation and is behind a huge surge in infections in recent days.

Most Sunday newspapers carried stories of people canceling Christmas plans. Conservative member of Parliament Mark Harper, who represents a caucus that opposes lockdown measures, urged the government to summon lawmakers from their vacation so a vote can be held.

Hancock said that a vote will happen in January.

“We made the commitment not knowing that there was going to be a new variant that spreads so much faster,” Hancock said, of the original plans. He said there is “no evidence” the new strain — VUI-202012/01 — is milder than the original virus.