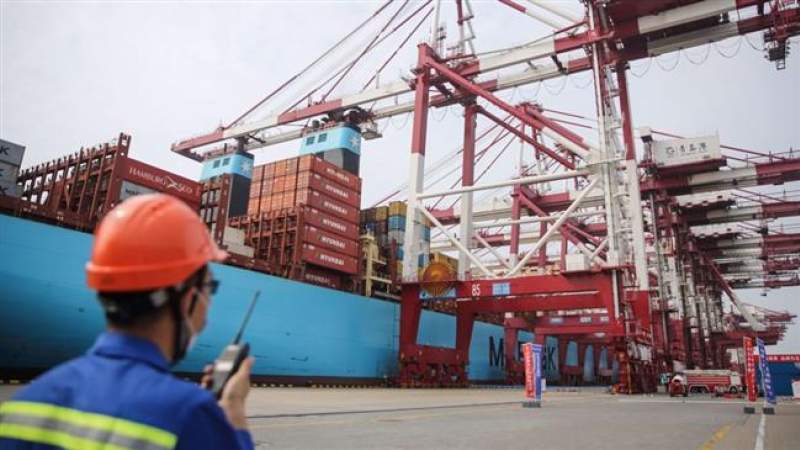 Think Tank: China to Overtake US As world’s Biggest Economy By 2028

A UK-based think tank has predicted that China will overtake the United States to become the world’s biggest economy in 2028 after outperforming its rival during the global coronavirus pandemic.

The Center for Economics and Business Research (CEBR) made the forecast in an annual report published on Saturday, saying the value of China’s economy is set to exceed that of the US by 2028, five years earlier than previously estimated due to the contrasting recoveries of the two countries from the pandemic.

“For some time, an overarching theme of global economics has been the economic and soft power struggle between the United States and China,” the consultancy group said in the report. “The COVID-19 pandemic and corresponding economic fallout have certainly tipped this rivalry in China’s favor.”

The CEBR hailed China’s “skillful management of the pandemic” with its strict early lockdown, and said in its annual league table of the growth prospects of 193 countries that China had bounced back quickly from the effects of COVID-19 and would grow by two percent in 2020 as the one major global economy.

“The big news in this forecast is the speed of growth of the Chinese economy. We expect it to become an upper-income economy during the current five-year plan period (2020-25). And we expect it to overtake the US a full five years earlier than we did a year ago,” said Douglas McWilliams, the CEBR’s deputy chairman.

“Other Asian economies are also shooting up the league table. One lesson for western policymakers, who have performed relatively badly during the pandemic, is that they need to pay much more attention to what is happening in Asia rather than simply looking at each other,” he added.

The UK-based consultancy group said while the United States was likely to have a strong post-pandemic rebound in 2021, its growth would slow to 1.9% a year between 2022 and 2024, and then to 1.6% after that.

Japan would remain the world’s third-biggest economy, in dollar terms, until the early 2030s when it would be overtaken by India, pushing Germany down from fourth to fifth.

The United Kingdom, currently the fifth-biggest economy by the CEBR’s measure, would slip to sixth place from 2024.

Chinese President Xi Jinping said last month it was “entirely possible” for his economy to double in size by 2035 under his government’s new Five-Year Plan, which aims to achieve “modern socialism” in 15 years.

The report by the CEBR on China’s economic outlook comes against a backdrop of a long-running trade between the two sides and ensuing sanctions unilaterally imposed by Washington against Beijing.

The economic and diplomatic relations between Beijing and Washington have dropped to the lowest level in decades due to US President Donald Trump’s unprecedented campaign of tariffs, threats of bans and sanctions on Chinese tech firms.

The US and China are also at loggerheads over a host of other issues, including a new security law introduced in Hong Kong, the origins and handling of the coronavirus pandemic, Taiwan, and the disputed South China Sea.

Clashes break out between Israeli forces, Palestinians in West Bank