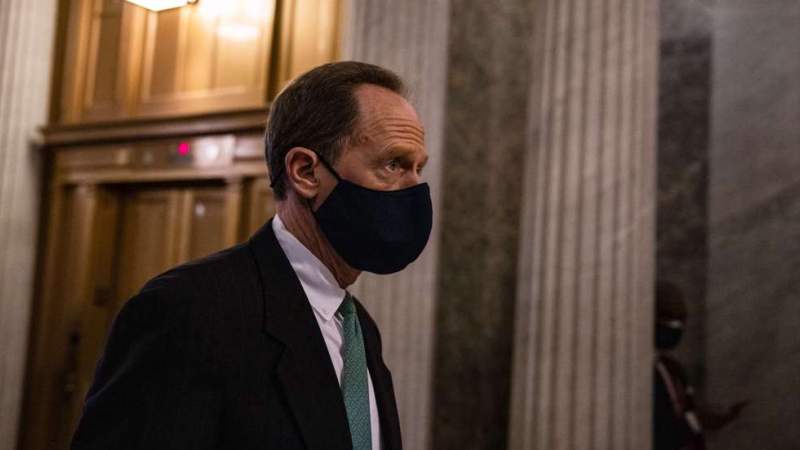 Top Republicans Says Trump Will Be ‘Remembered for Chaos and Misery’

A top GOP senator says outgoing US President Donald Trump will be “remembered for chaos and misery” if he refuses to throw his support behind the bipartisan effort to address repercussions of the Covid-19 pandemic.

“You don’t get everything you want, even if you’re president of the United States,” Toomey told Fox News. “I think the Covid relief measures are really, really important.”

US lawmakers struggled on Saturday to clear final hurdles to a $900 billion coronavirus aid bill.

Trump has so far refused to back the effort, reportedly involving provisions for small businesses and extended unemployment benefits as well as stimulus checks.

Over 330 thousand people have so far died of the virus in the United States with nearly 19 million cases reported. This is while the economy keeps suffering due to the pandemic.

“In my state, as in many other states, we have governors who are closing down businesses again,” Toomey added.

Trump’s refusal comes despite bipartisan support for the the $2.3 trillion package, which includes $900 billion for Covid-19 relief and $1.4 trillion to fund the government until October. The president, however, is promoting a bigger aid.

“I understand the president would like to send bigger checks to everybody. … I think what he ought to do is sign this bill and then make the case,” Toomey said. “I don’t agree with $2,000 to people who have had no lost income whatsoever, but the president’s free to make that case.”

If the president takes no action, the government will shut down on Tuesday and the unemployment benefits will expire on Saturday.

Russia Vows Retaliatory Moves if US Deploys Missiles in Europe