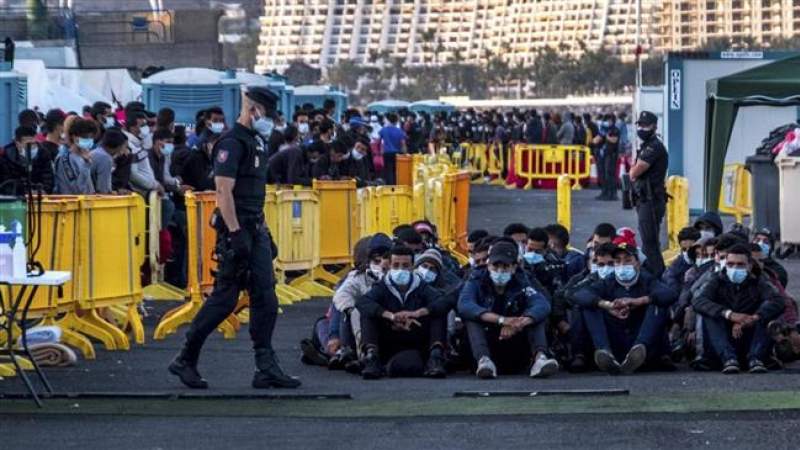 Nearly 2,200 migrants died trying to reach Spain by sea this year, the vast majority of them on their way to the Canary Islands, a migrant rights group said Tuesday.

Migrants arrivals in the archipelago have increased this year as they looked for alternative routes to reach Europe due to increased patrolling off the Mediterranean coast of southern Spain, posing a logistical strain for authorities in the Canaries.

A total of 2,170 migrants perished in attempts to get to Spain by boat this year, compared to 893 in 2019, according to a report by the non-governmental organization Caminando Fronteras, which monitors migratory flows.

Eighty-five percent of this year’s deaths, or 1,851, took place during 45 shipwrecks on the route to the Canary Islands, according to the report.

The shortest route to the islands is more than 100 kilometers from the Moroccan coast, but it is notoriously dangerous because of the strong currents in the Atlantic.

Helena Maleno, an activist with the NGO, blamed the rise in deaths this year on the greater distance needed to travel to the Canaries and the “dismantlement of rescue services.”

She also blamed a “lack of coordination” between the nations which operate rescue services in the region — Spain, Mauritania, Senegal and Morocco — which leads to delays in launching operations.

Spanish interior ministry figures show that between January 1 and November 30, a total of 19,566 people landed on the Atlantic archipelago, compared with just 1,993 a year earlier.

The surge in arrivals filled migrant reception centers on the Canaries, forcing thousands of migrants to live in a makeshift tent camp on a pier in the island of Gran Canaria last month.

They were eventually transferred to a military camp and hotels on the island.