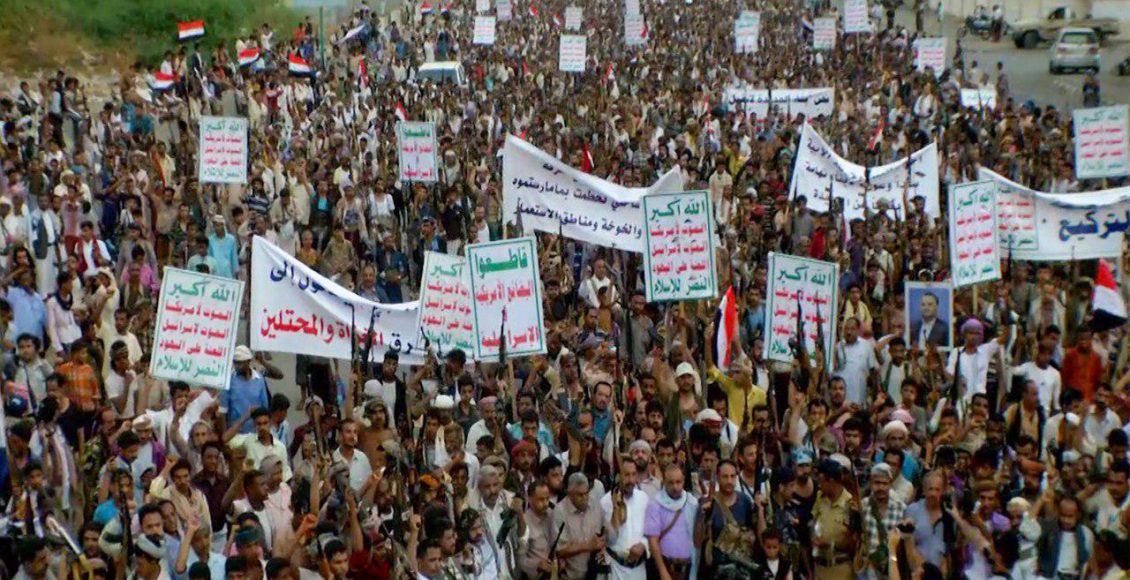 Hundreds of sons of Hodeida province held a mass protest rally on Wednesday to denounce the US Saudi-led aggession coalition’s crimes in Yemen , the latest of which was the bombing of a wedding hall in Al-Hawak district of the province.

In flagrant violation of the Stockholm Agreement and all international covenants, acting Hodeida governor, Mohammad Qahim, at the rally, condemned the continuation of crimes and violations of the aggression forces against civilians, .

Qahim called on the United Nations and humanitarian organizations to put an end to the crimes , praising the sacrifices made by the heroes of the Yemeni army and popular committees in confronting all the plots being hatched against the homeland.

The participants raised banners denouncing the shameful silence by the United Nations, the international community, and humanitarian organizations, warning the usurper Zionist entity not to commit any aggressive adventures on the western coast or any region of Yemen.

Sayyed Abdulmalik: Our Responsibility Towards the Martyrs Is Very Great