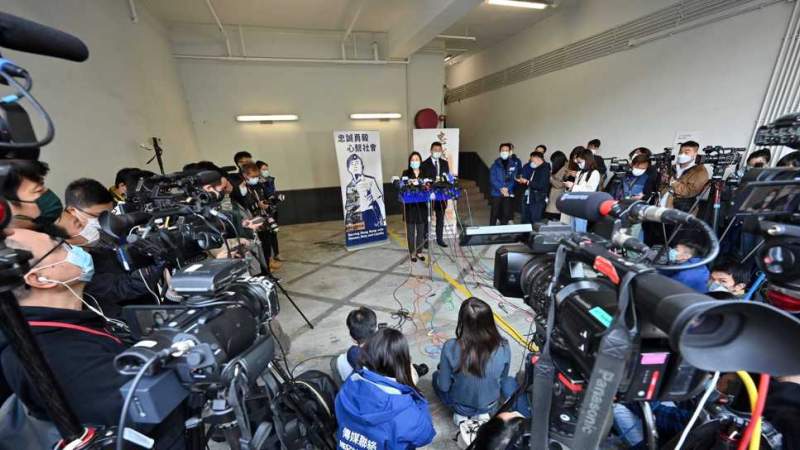 China warns that the United States is “playing with fire” by sending yet another official to visit Taiwan, despite repeated calls on Washington to stop such provocative acts.

The US ambassador to the United Nations, Kelly Craft, will pay a two-day visit to the self-ruled island next week, the US mission to the UN said on Thursday.

“During her trip, the Ambassador will reinforce the US government’s strong and ongoing support for Taiwan’s international space,” said the US mission.

While in Taipei, Craft would give a speech on “Taiwan’s impressive contributions to the global community and the importance of Taiwan’s meaningful and expanded participation in international organizations,” said the US mission.

China’s UN mission reacted to the planned visit, warning that “whoever plays with fire will burn himself.”

“The United States will pay a heavy price for its wrong action,” it added.

It called on Washington “to stop its crazy provocation, stop creating new difficulties for China-US relations and the two countries’ cooperation in the United Nations, and stop going further on the wrong path.”

The visit to Taiwan comes as the island is not a UN member.

Beijing has sovereignty over self-ruled Taiwan, and under the “One China” policy, almost all world countries recognize that sovereignty.

The island’s defiant president, Tsai Ing-wen, however has long been calling for independence.

Under the administration of President Donald Trump, Washington has constantly supported her and provided her government with weapons over the past years to boost the self-ruled island against Beijing.

The Tsai government signed a 62-billion-dollar deal earlier this year to purchase F-16 fighter jets from the US.

Beijing has repeatedly warned the US against expanding ties with Taiwan, calling the weapons sales a violation of China’s sovereignty.

The US also regularly conducts provocative maneuvers around the self-governed island, particularly by sailing its warships through the sensitive and strategic Taiwan Strait, which separates Taiwan from mainland China.

In another development on Friday, China’s official newspaper, the Global Times said the attack on the US Capitol by Trump’s supporters is an indication of the country’s failure in leadership.

Hundreds of Trump loyalists broke into the US Capitol on Wednesday, forcing the chamber to halt the ongoing vote to certify President-elect Joe Biden’s election victory.

After two months of refusing to accept his defeat in the November 3 election, Trump sparked violence in the Capitol, calling on his supporters to rally to the Capitol.

“If you don’t fight like hell, you’re not going to have a country anymore,” Trump told his supporters.

The Chinese newspaper wrote in an editorial that the violence was “the result of the US society’s severe division and the country’s failure to control such division.”

“As time goes by and with abuses of resources by generations of politicians, the US political system has degraded,” it added.

The newspaper described the riots as a sign of “internal collapse” in the US political system that could not easily be reversed.

China Central Television (CCTV) also said that “the fig leaf of so-called American democracy has been torn clean off.”

“The United States, which has always promoted democracy and human rights, is now the country of riots, conflicts and curfews,” it said.

The Trump administration has long been meddling in China’s domestic affairs, including the Hong Kong issues, by inciting anti-government protests in the city under the guise of “democracy.”

Washington has imposed sanctions on Chinese officials for what it described as “undermining Hong Kong’s democratic processes.”

The city has been governed under the “one-country, two-systems” model since British rule ended, meaning that Chinese sovereignty is applied even though the city has its own government.

Huge fire in Sana’a under control