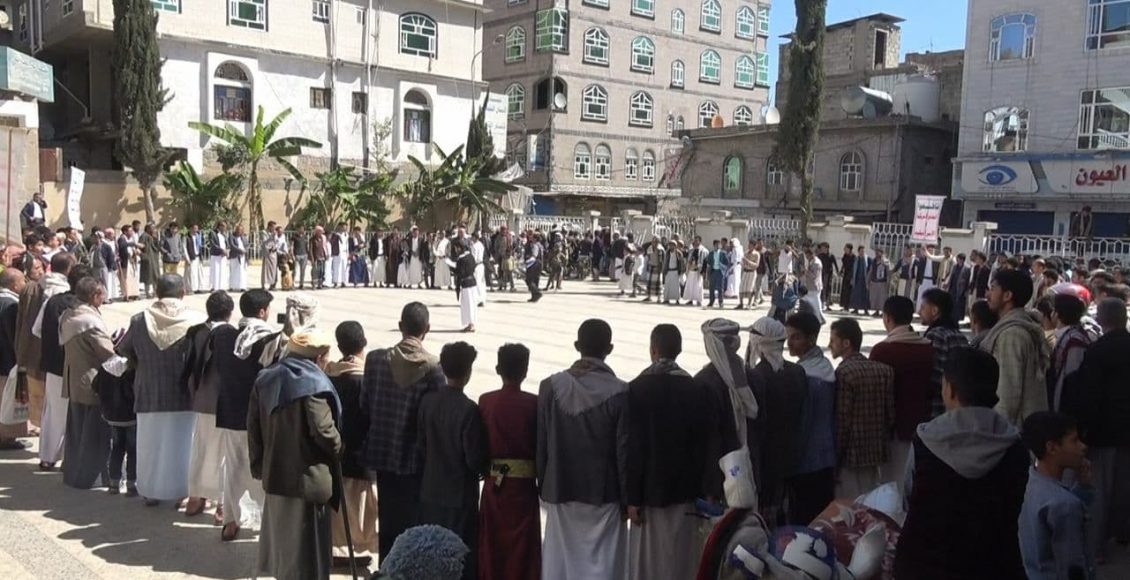 Resident in the capital Sanaa held several protests after Friday prayers, condemning the decision of Trump’s administration to classify “Ansarullah” as a terrorist group.

The participants confirmed their rejection of the decision, considering that the terrorism itself that US and Israel are practicing against the Yemeni people.

The statements issued by the protests denounced the continuation of the aggression and the siege for six years and its perpetration of horrific crimes against the Yemeni people, violating the rights of children and women, destroying the country’s capabilities and preventing the entry of oil derivatives to the port of Hodeidah.

As well as they called on the Yemeni people to unite to confront the hatched plots against the nation, supporting the axis of resistance to confront the regimes that support the US-Zionist project.

The aggression hits Sana’a with airstrikes

Zarif: Blacklisting Ansarullah Shows Utter Contempt of US for Peace

The Foreign Minister discusses preparations for the donors conference with the…