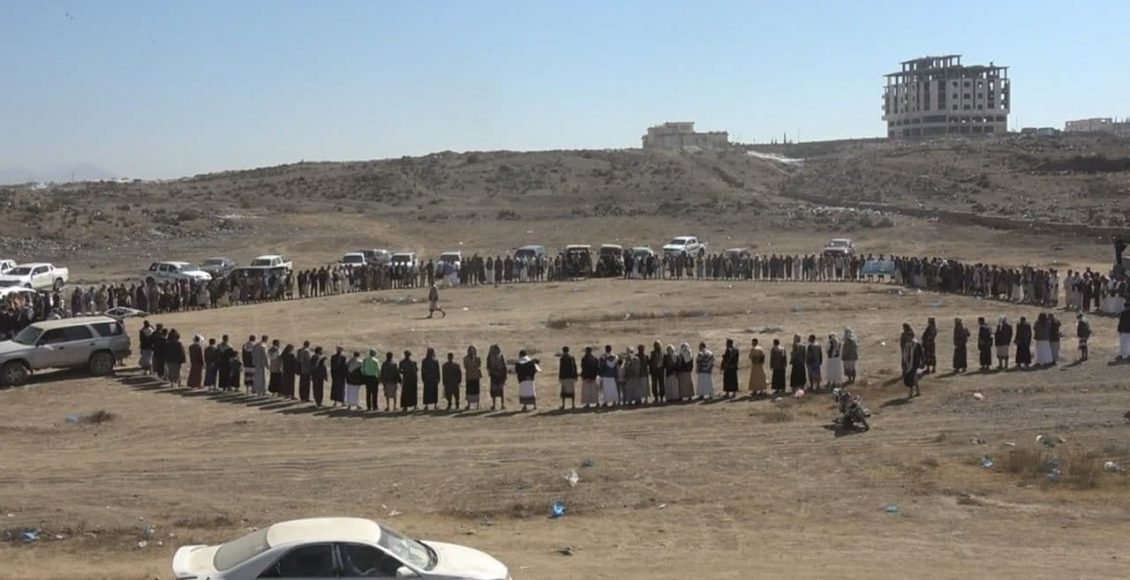 Protests in Taiz confirms US is the evil source

Protests in Taiz province condemned the US administration’s decision about Ansarullah.

In a statement issued on Saturday, they confirmed the US administration’s decision to to designate Ansarullah as a terrorist organizationreveals political stupidity and confusion in the strategic vision, describing the decision as a ‘unilateral as nothing’.

It indicated that the decision represents one of the failed pressure papers practiced against Yemeni leadership, deploring the American administration’s insistence on killing Yemeni children and women at a time when it should have declared its grief and stopped committing crimes against the Yemeni people.

It noted that Ansarullah is an integral part of the Yemeni people, who defend Yemen’s sovereignty and independence and reject American hegemony and its tools in the region.