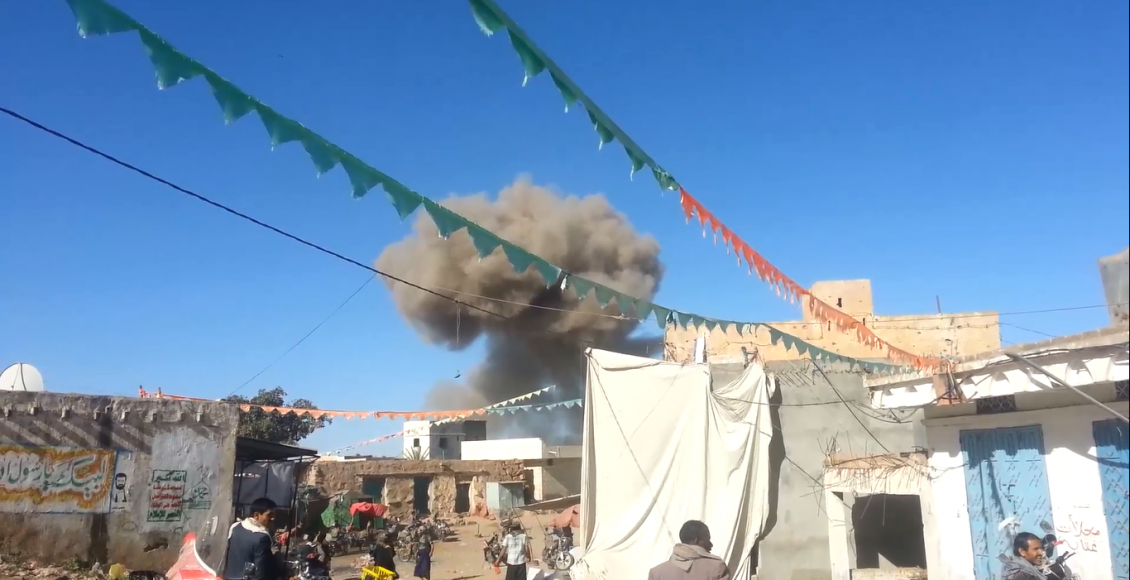 A security source confirmed that the aggression warplanes launched 4 raids on Al-Marazeeq area in Khub Al-Sha`af district in Al-Jawf, 4 raids on the city of Haradh, a raid on a citizen’s farm in Hayran in Hajjah, 3 raids on the Qifah area in Al-Bayda, and two raids on Medghal district in Marib governorate.

The Operations Room to monitor violations in Hodeida province recorded 138 violations committed by the aggession forces in the province during the past 24 hours.

The violations included the creation of combat fortifications in Al-Jabaliya area, and eight raids of spy planes in al-Durayhimi district and the flight of 30 spy aircraft over Hodeida city, al-Durayhimi and al-Tuhita districts, and Kilo 16, Al-Faza, Al-Jabaliya and Al-Jah areas, a source in the room said.

Dhamar Governor : The American aim is to terrorize the Yemeni people