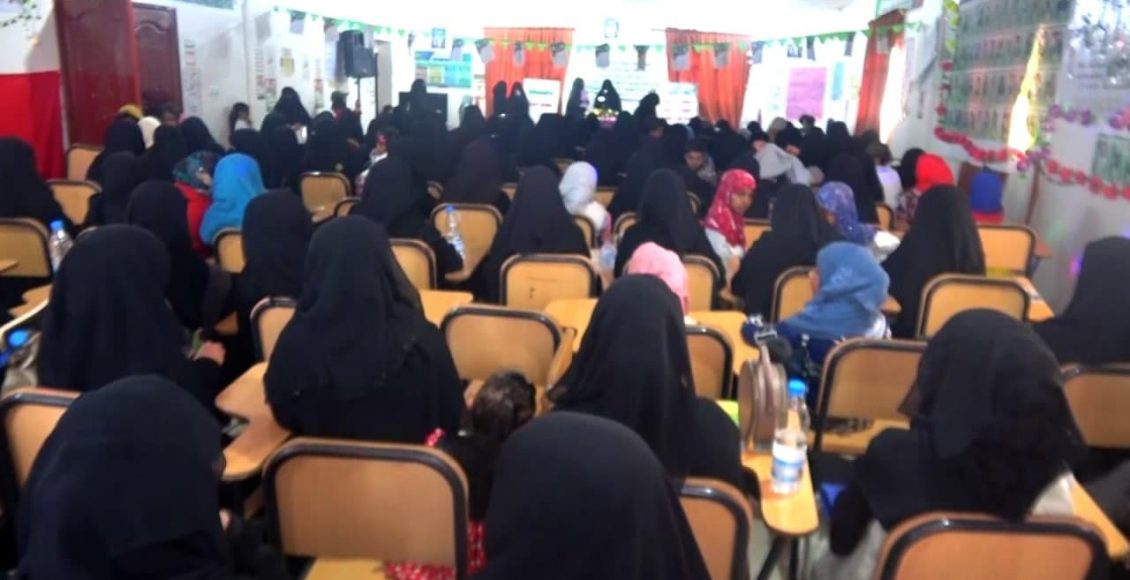 The Women’s Authority in Rima governorate today organized a cultural event on the International Day of Muslim Women, the birthday of Fatima Al-Zahra, peace be upon her.

At the event, speeches were delivered that praised the greatness and morals of her, peace be upon her ,indicating that choosing her birthday as an international day for Muslim women carries a message to the enemies of the Muslim woman’s adherence to the faith identity.

They indicated that Al-Zahra, peace be upon her, represented a role model and example what Muslim women should emulate in patience and perseverance in the truth and facing the soft war that targets them in their religion and morals.

Executive Mine Action Center: 3179 cluster bombs dropped on our country( made by the American, British and Brazilian industries)

A festive event in Taiz to commemorate the birth of Zahra, peace be upon her