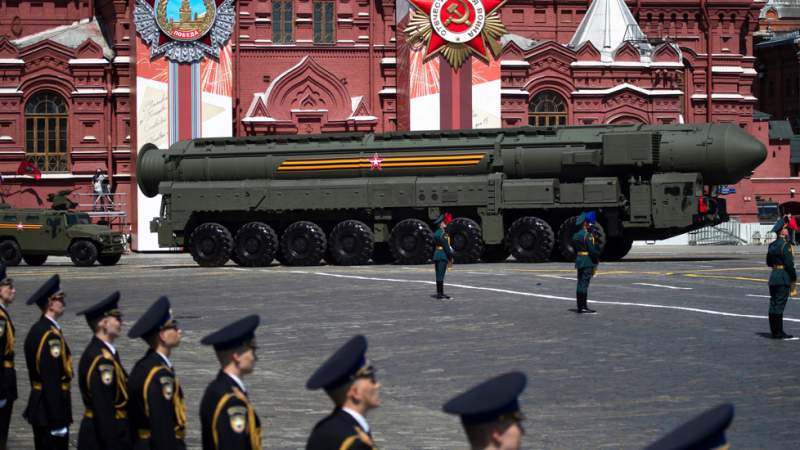 Nuclear War with China, Russia Is ‘Real Possibility’: US Commander

A top US military commander has warned about the possibility of a nuclear war with Russia or China.

The head of US Strategic Command (STRATCOM), Admiral Charles Richard, accused Moscow and Beijing of having “aggressively challenge international norms” and becoming a threat to his country and the region.

He wrote in the US Naval Institute’s monthly magazine, Proceedings, that Washington needs to seek new ways to face what he called imminent threats from both military powers.

“There is a real possibility that a regional crisis with Russia or China could escalate quickly to a conflict involving nuclear weapons,” he wrote.

\Richard accused both Moscow and Beijing of conducting cyber-attacks and posing “threats in space,” as well as heavily investing in advanced nuclear weapons.

He warned that the United States’ “probability of nuclear use is low, but not ‘impossible,’ particularly in a crisis.”

Richard pointed out that the Pentagon “must re-frame how it prioritizes the procurement of future capabilities” as Russia and China — whom he called “our nuclear-armed adversaries” — continue to “build capability and exert themselves globally.”

“Our record in this regard is not stellar,” he said. “We must ensure that all of our capabilities map to an overarching strategy.”

The commander also accused Russia and China of destabilizing behaviors, which “if left unchecked, increase the risk of great power crisis or conflict.”

\“More than a decade ago, Russia began aggressively modernizing its nuclear forces, including its non-treaty-accountable medium- and short-range systems,” he wrote.

He said that Russia’s “modernization is about 70 percent complete and on track to be fully realized in a few years.”

“In addition, Russia is building new and novel systems, such as hyper-sonic glide vehicles, nuclear-armed and nuclear-powered torpedoes and cruise missiles, and other capabilities,” the commander added.

Russia has already warned about the risk of another nuclear arms race in the wake of Washington’s “grave mistake” in abandoning a landmark nuclear arms treaty that had banned all land-based missiles with ranges of between 500 and 5,500 kilometres.

The Intermediate-Range Nuclear Forces (INF) Treaty was signed toward the end of the Cold War in 1987 by then US president Ronald Reagan and Soviet leader Mikhail Gorbachev.

Former US president Donald Trump, however, annulled the INF in August 2019, citing Moscow’s failure to comply with the treaty for its pullout.

\Following the US announcement, Moscow also declared the formal end of the arms control treaty.

The sole arms control treaty that limits the nuclear arsenals of US and Russia, the New Strategic Arms Reduction Treaty, was set to expire this week.

But new US President Joe Biden has extended the treaty, known as New START, with Russia for five more years, US officials said Wednesday.

The treaty’s extension was not guaranteed under the Trump administration, as he was pushing for China to join the treaty, but Beijing declined.

Trump had threatened to leave the New START, as well.

Real peace will not be without the end of the aggression and the lifting of the siege: Head of the national delegation