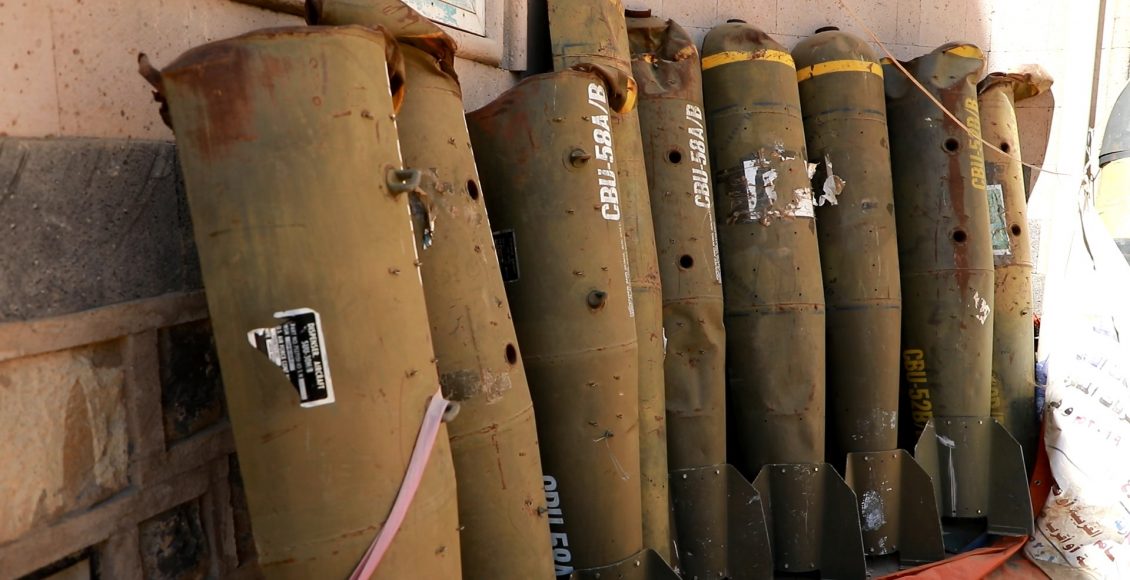 A girl killed ,two wounded by a bomb explosion left over from the aggression in Nehm district, Sana’a

A bomb blast killed a child and wounded two others on Sunday in Nehm district of Sanaa province, a local source said.

The bombs left by the aggression in the region are widely spread and in populated areas, which constitute a great danger to the lives of the citizens, the source added.

The source called for the necessity of devising radical solutions to cluster bombs and other dangerous bombs, denouncing the international silence regarding the aggression’s persistence in not allowing the entry of materials necessary to destroy the bombs that the aggression threw on various areas earlier.

A citizen wounded by Saudi border gurds’ fire in Saada