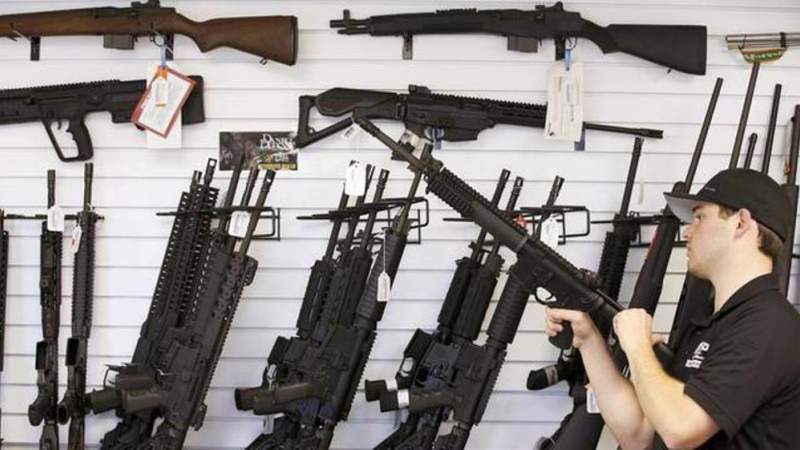 US President Joe Biden has called on Congress to move forward on gun-reform legislation and pass stricter gun laws including a ban on assault weapons.

The call comes on the third anniversary of a mass school shooting in Parkland, Florida, which left seventeen people dead.

“I am calling on Congress to enact commonsense gun law reforms, including requiring background checks on all gun sales, banning assault weapons and high-capacity magazines, and eliminating immunity for gun manufacturers who knowingly put weapons of war on our streets,” Biden said in a statement issued by the White House on Sunday.

“We owe it to all those we’ve lost and to all those left behind to grieve to make a change. The time to act is now.”

The tragedy caused many survivors and community members to speak out against gun violence and confront lawmakers about gun safety reform.

“This administration will not wait for the next mass shooting to heed that call,” Biden’s statement read. “We will take action to end our epidemic of gun violence and make our schools and communities safer.”

However, passing any gun laws remains a long shot as Democrats need to have at least 10 Republicans on board with any proposal as they hold a very slim majority in the US Senate.

Nevertheless, some Democrats in Washington are “more confident” that for the first time in over two decades such reforms are within reach.

“I’m feeling more confident than I have been at any time in the United States Senate about gun violence legislation,” said Democratic Sen. Richard Blumenthal who has been a vocal advocate of gun safety reform since the 2012 mass shooting at Sandy Hook Elementary School, which left 20 schoolchildren between the ages of 6 and 7, as well as six adult staff members dead.

During his presidential campaign, Biden, a Democrat, promised to take action on guns within his first 100 days in office.

House Speaker Nancy Pelosi, a Democrat from California, also said Sunday Congress was willing to work with the Biden administration to enact two background check bills passed by the House during the last Congress.

“Now, working with the Democratic Senate and Biden-Harris Administration, we will enact these and other life-saving bills and deliver the progress that the Parkland community and the American people deserve and demand,” Pelosi said in a statement.

The issue of gun violence became all the more polarizing under former President Donald Trump, a Republican, whose presidential campaign was funded partially by the National Rifle Association (NRA), an influential gun lobby in the US.

The NRA has consistently opposed gun control efforts and financially supported politicians who oppose them as well. The gun-rights group spent $54 million during the 2016 presidential election, including $30 million to help Trump get elected.

Minister of Transport: The world on the brink of an unprecedented maritime disaster,…

The involvement of France in war crimes against Yemen: Orient XXI