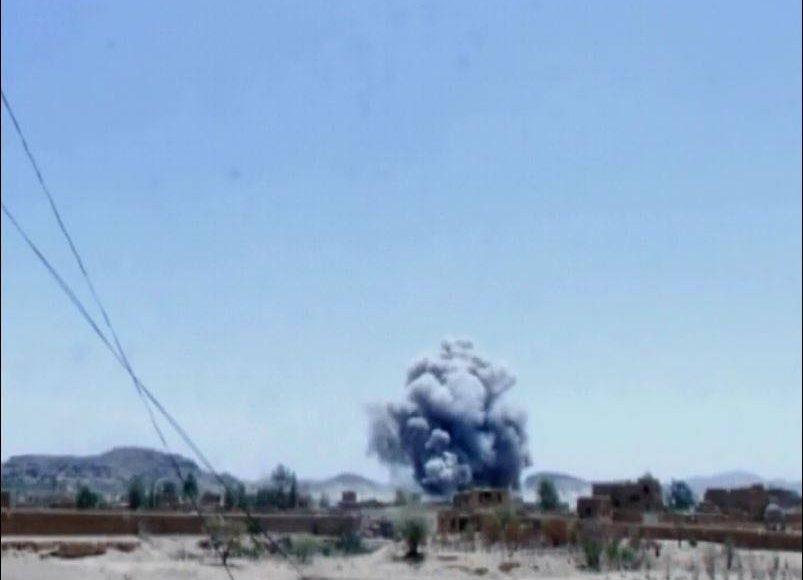 Today, the American-Saudi aggression’s jets continued its criminal raids on a number of Yemeni governorates, while the Saudi army continued its artillery and missile shelling at border villages, which led to the death of a citizen and damage to many public and private property.

In Marib, they waged seven raids on Sirwah district and four others on Madghal district.

While in Jawf one strike hit Khub Washaaf district and In Saada, the aircrafts attacked al-Dhahir district one time and launched two air strikes on Haradh district in Hajjah province.

A protest rally by students in Sanhan, Sana’a, to denounce the ongoing aggression ,siege

Head of the national negotiating delegation: We are ready to deal positively with any political process under one condition ,stopping the aggression and lifiting the siege