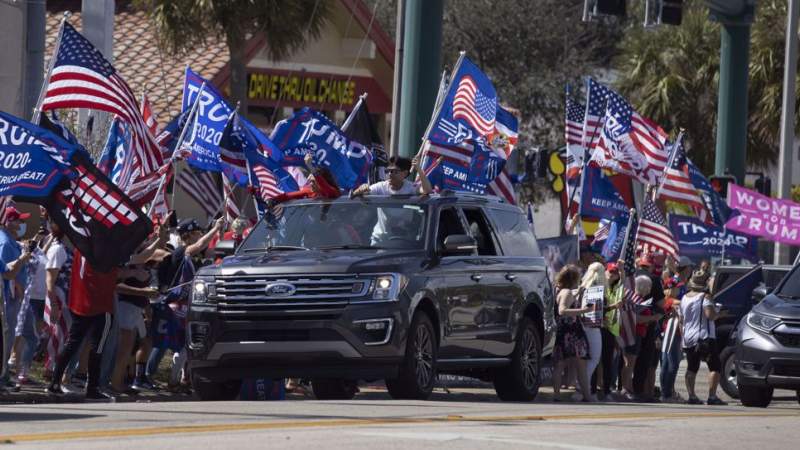 As Republicans remain divided and some resort to having it “both ways,” in how to handle former President Donald Trump, long-term prospects of a Democratic grip to power are rising.

GOP did not have a unified voice when senators voted 57-43 in the second impeachment, which ended Saturday with Trump’s acquittal.

The Republican leader in the Senate, Mitch McConnell, who had supported the impeachment effort after Trump’s supporters stormed the Capitol on Jan. 6, voted to acquit him, displaying utmost duplicity and penchant for power within the party.

As Republican Rep. Fred Keller put it in an interview (https://www.newsmax.com/newsmax-tv/fred-keller-mitch-mcconnell-trial-senate/2021/02/15/id/1010076/) with Newsmax, McConnell is “trying to have it both ways… trying to ride defense on this whole thing and not make anybody mad, but the truth of the matter is we need we need to follow the Constitution. We need to look at that and we need to hold people accountable for their actions.”

Seven Republicans turned against Trump by voting to convict him on the charge of inciting insurrection as the nation’s lawmakers were holding a session to certify the electoral college victory of now-President Joe Biden.

Ever since Democrats took on the former president, he has been mostly silent but he could still return with a louder voice to hold revenge campaigns or even run for president again in 2024, in which case he could potentially guarantee a long-term Democratic control of power at the White House.

“The statements by Senators who voted to acquit make clear that he escaped conviction mainly—perhaps only—because he is no longer President,” read an editorial by the Wall Street Journal.

Although Trump appears to have gotten away with inciting violence and not recognizing Biden as the new president, some Democratic and Republican lawmakers are pursuing the issue to make sure pressure is maintained on the former leader.

“We need a 9/11 commission to find out what happened and make sure it never happens again, and I want to make sure that the Capitol footprint can be better defended next time,” said Republican Senator Lindsey Graham, a close Trump ally who voted to acquit him on Saturday. “His behavior after the election was over the top,” Graham said of the former president on Fox News Sunday.

A bipartisan commission would “make sure we secure the Capitol going forward and that we lay bare the record of just how responsible and how abjectly violating of his constitutional oath Trump really was,” said Democratic Senator Chris Coons on ABC News.

House Speaker Nancy Pelosi, a Democrat, has unveiled a 9/11 commission to investigate the pro-trip activists’ raid into the Capitol, signifying that the issue of the deadly breach of the Capitol is here to stay.

“For the past few weeks, General Honoré has been assessing our security needs by reviewing what happened on January 6 and how we must ensure that it does not happen again … It is clear from his findings and from the impeachment trial that we must get to the truth of how this happened,” she said in a letter to members of Congress on Monday. “Our next step will be to establish an outside, independent 9/11-type commission to investigate and report on the facts and causes relating to the Jan. 6, 2021, domestic terrorist attack upon the United States Capitol Complex … and relating to the interference with the peaceful transfer of power, including facts and causes relating to the preparedness and response of the United States Capitol Police and other Federal, State, and local law enforcement in the National Capitol Region.”

One potential goal of the Democrats is to ensure that Trump is somehow barred from running for public office for good.

With the presence of Yemeni official , the Social Welfare Department holds the first collective wedding for the released prisoners