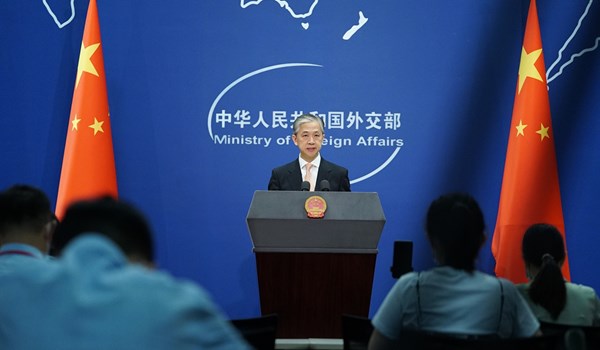 China calls on America again to return to the nuclear agreement

The Chinese Foreign Ministry renewed its call on the United States once again to return to the nuclear deal.

In this context, Chinese Foreign Ministry spokesman Fang Wenbin said during a press conference on Monday: Beijing believes that America’s return to the agreement constitutes the final solution to the closed road reached by the agreement now.

He stressed that America and its allies should return to the negotiating as soon as possible, calling on all parties to maintain calm and restraint and not taking steps that might lead to aggravate the situation.

He referred to the recent visit of the Director General of the International Atomic Energy Agency, Rafael Grossi, to Tehran, expressing his hope for strengthening cooperation between the two sides.