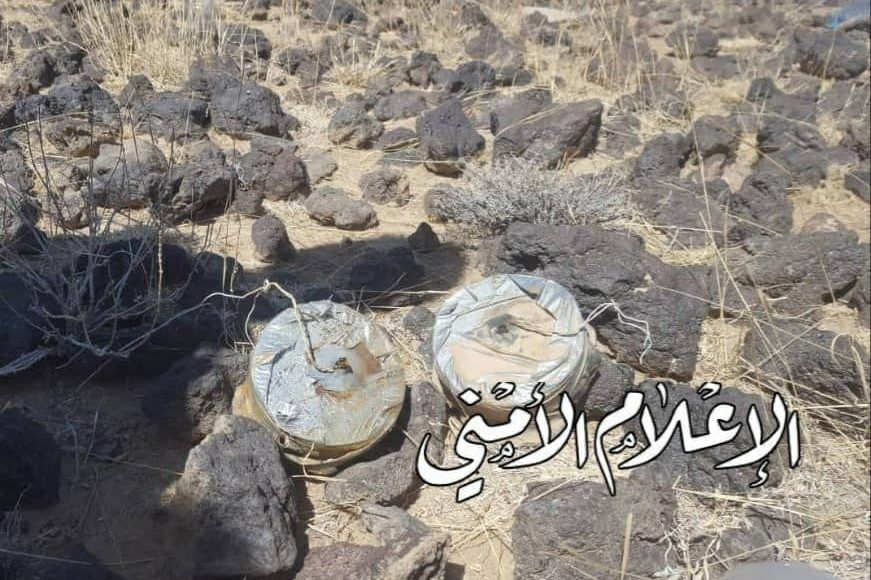 The security services in Bayda province on Monday managed to dismantle 19 improvised explosive devices (IEDs) and remove 28 mines in 3 districts.

A security source explained that 14 IEDs were found in separate areas of ‘Al-Qurashiya’ district, while three others were found planted on the road leading to ‘Al-Manaseh’ area in ‘Weld Rabie’ district.

In Qaifa area of Radaa district ,the security men found two IEDs made of large shells, each weighting 20 kilograms and dismantled them.

The source confirmed that the found IEDs and mines are remnants of the criminal takfiri organizations that were forced out from the area.

15 Strikes on Marib and al-Jawf, and 148 violations recorded in Hodeidah

Officials in Sanaa discuss with Islamic Jihad representative developments in…