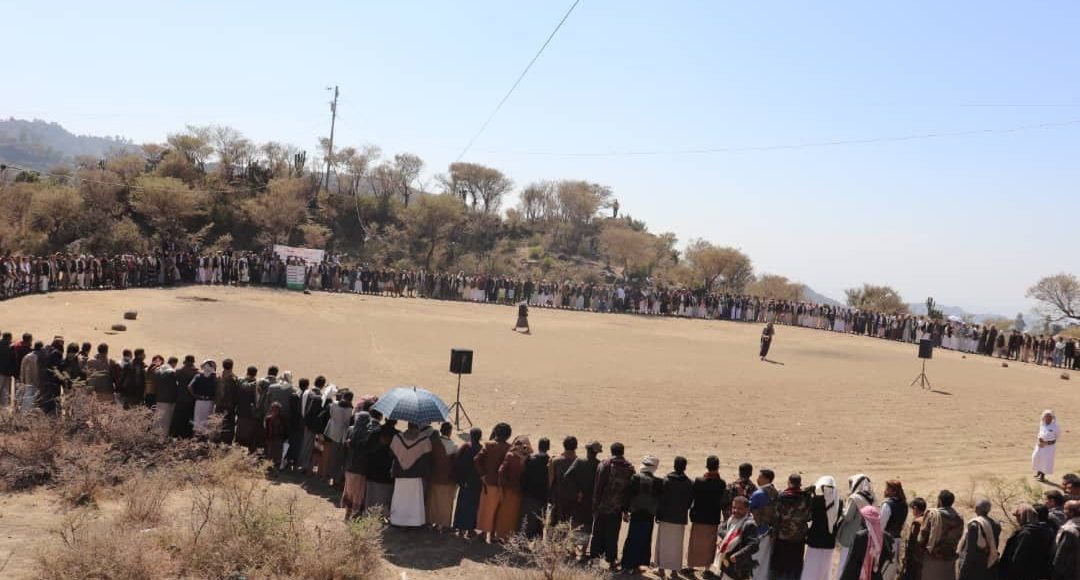 Atma people ,Dhamar, denounce the aggression crimes and announce the general support to the fronts

Today, Wednesday, in Atma district of Dhamar governorate, an armed tribal stand was held by its , in which they declared the general support to the fronts in response to the continued siege, aggression and maritime piracy against ships of oil derivatives.

During the stand, in the presence of the leadership of the local authority and social figures, the Director of the Directorate, Abdul-Moamen Al-Jarmouzi, praised the victories of the army heroes and the popular committees on various fronts of pride and honor, and for teaching the aggressors and their tools lessons in defending the homeland and confronting the projects of guardianship and occupation.

He stressed the importance of providing the army and the popular committees stationed on the outskirts of Marib with convoys of support and backing to contribute to resolve the battle and restore Marib from the hands of mercenaries and their aides from the takfiri individuals and the Wahhabi reform militia.

US Designation for Ansarullah Between Two Administrations Explained

Thousands of Hodeidah women gather to celebrate the Prophet’s birthday