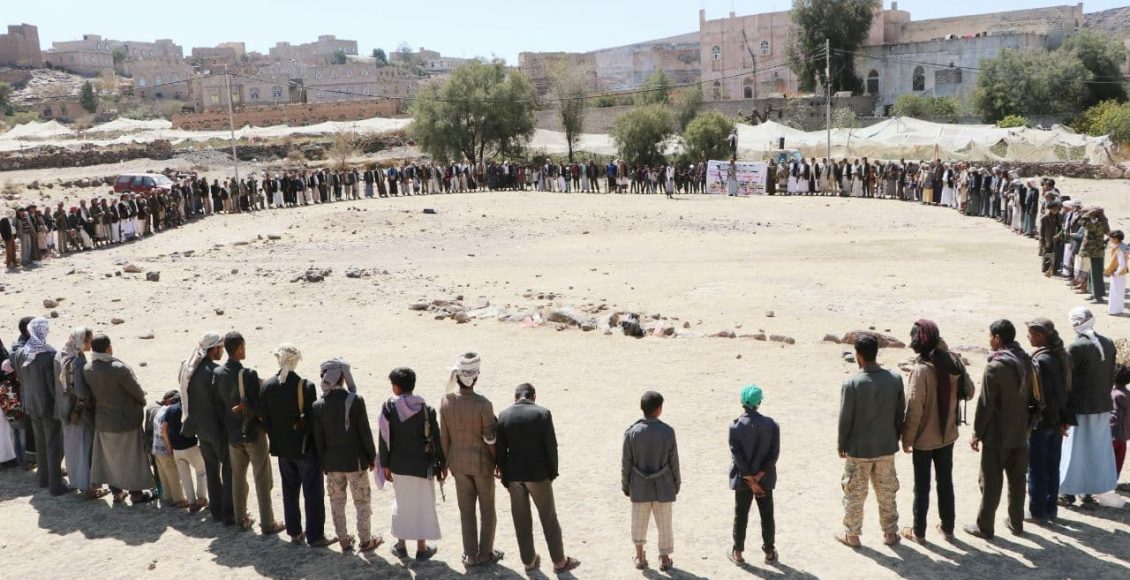 A rally in Ans ,Dhamar, denounces the continued detention of derivative ships and announces the public support

Protest vigil was held in Ans district of Dhamar,today, to condemn the detention of derivative ships and to announce the general support to the fronts.

The participants confirmed the general mobilization for the liberation of the Marib Governorate, and the clearance of the homeland from invaders and occupiers.

They praised the victories of the army and committees in various positions of dignity and heroism , pointing to the importance of continuing steadfastness and mobilization to supply the fronts with men and money.

Their statements condemned the continuation of the aggression, the siege, and the prevention of entry of oil derivatives, in addition the silence of the international community and its organizations towards the aggression crimes of against Yemen, both land and people.

They also urged to mobilize efforts and energies to support the fighters and strengthen the factors of victory , calling on those deceived to return to the homeland and benefit from the general amnesty decision.